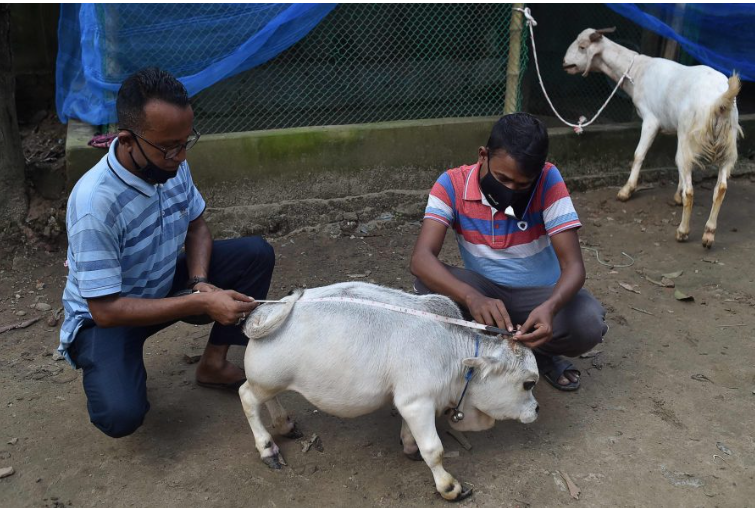 A cow said to be the smallest in the world has sadly died after rising to fame earlier this year due to her tiny stature.

Two-year-old Rani, a Bhutti cow, was just 51cms (20 inches) tall and weighed 28kg (62lbs), leading to her farm manager hoping to have her take pride of place as the smallest cow on the planet.

The miniature animal, which lived on a farm close to the Bangladesh capital of Dhaka, passed away due to “overeating” and “gas accumulation in her stomach’, according to a report by The Mirror.

Rani was rushed for emergency treatment last week when it was noticed her stomach had swelled up, but vets were unable to do anything to save her and she died “within hours”.

The cow hit the headlines in July when farm manager Hasan Howlader sent off her measurements to the Guinness Book of World Records, hoping to see her take the title of ‘shortest cow’.

Hasan is believed to have bought Rani in 2020, and more than 15,000 people are reported to have visited her at her farm in Charigram, near Dhaka.

The Guinness World Record for the shortest cow is currently held by Manikyam, in Kerala, India, measuring in at 61.1cms (24 inches).

About two years ago, we became aware that this animal was much shorter than ordinary cows.

Manikyam was about four years old at the time, but even when she was only nine or 10 months old we could tell there was something different about her. We monitored her closely from the age of two.

Manikyam is a Vechur breed, well known for producing dwarf cows. Vechurs tend to grow to a maximum height of around 90 cm.