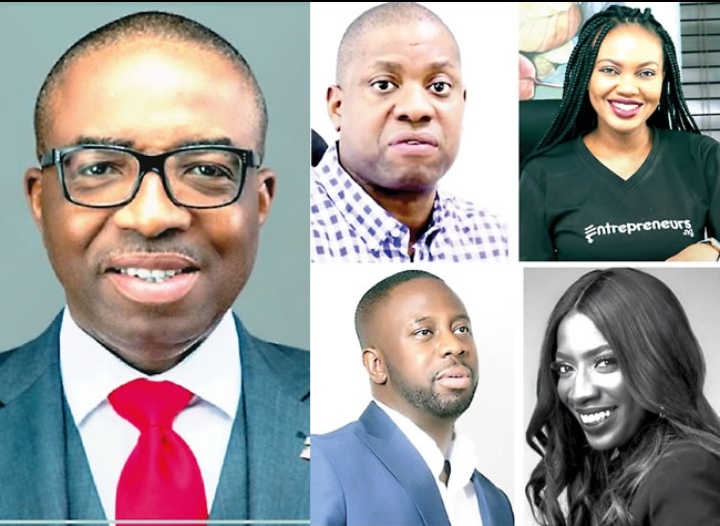 According to a 2018 publication of the United States of America-based Small Business Administration, four out of five business outfits which started operation in 2016 managed to last till 2017, that is about 80 per cent success rate.

The publication added that about 50 per cent of all businesses survive five years or more, while about one-third manage to survive 10 years or more.

Although new businesses fail for various reasons, one of the major causes of their failure is wrong assumptions.

A business starts with assumptions because a business plan is nothing but a catalogue of possibilities, not realities.

To succeed, a business must transcend the firmament of assumptions.

The following are the four major assumptions that will do any business in.

Assumption is the starting point of a business because the promoter usually gets the idea to go into the business on the assumption that there is a need which he can meet.

However, while many business promoters stay at that level and build their businesses on hunches and feelings dictated by their assumptions, very few business promoters go beyond that level to conduct a thorough survey to see if there is indeed a need and how a business can effectively meet the need at a competitive price.

They talk to people and study the trend before committing their resources into the venture.

So, while the one who planted his business wholly on assumption and refused to stretch himself a little will soon run into a problem beyond his capacity to handle, the one who was less presumptuous will have a good run and build a lasting business.

What entrepreneurs need to realize is that the fact that a few persons like a device does not mean that the market will appreciate it.

What turns a product into commercial success is market appreciation.

Anything short of that, the product will be nothing other than an artifact in the factory.

So, before rolling out a product, ensure you conduct a research to ascertain market appreciation of your new product.

In 1970, AT&T, in collaboration with the Bell Company, launched the AT&T Picturephone, which was a device to augment telephone services with long-distance video chat.

A forerunner of the current video call, the leadership of AT&T assumed that the market would lap up the ‘wonder device’ but they were wrong, the picturephone didn’t cut any ice with the market.

The leadership of AT&T had planned to sell one million units of the device within 10 years of launch but they had to withdraw it from the market after three years due to poor consumer interest.

Thinking the timing of the introduction was wrong, the company repackaged the product and represented it to the market in 1992. But again, it failed.

The failure of the picturephone was the consequence of a faulty assumption.

AT&T assumed that everyone would wish to see their faces when making a call but the market proved the company wrong by spurning the ‘innovative’ device.

Even today, despite technological advancement the world has recorded with WhatsApp, Skype and others, video telephony makes up a very tiny fraction of total calls.

The point is that no company produces for itself, every production is meant for the market.

Therefore, it is safe to sound out the market (or a segment of it) to know what its reaction to the product would be before rolling out a new product.

Always remember, you are not your customer; that you are crazy about your product does not mean the market would even spare it a glance.

Another assumption that ruins a business is to think that a business exists to make money.

Many an aspiring entrepreneur is motivated by the desire to make money from his business.

While it is true that a business cannot continue in existence without being profitable, to equate the essence of a business to profitability is to put the cart before the horse, a precursor of frustration.

A business’ raison d’être is to create customers, not to rake in profit.

It is when customers are created and kept that a business can really become profitable.

Customers are created as a consequence of value creation.

No business can thrive without value creation.

A business that makes profit making its pursuit will lose sight of its essence and will eventually bite the dust.

What customers pay for is the value they perceive they receive from a product or service.

They will continue to pay for that product for as long as they are not denied the perceived value.

So, the primary concern of a business is value creation, not profit accumulation.

Companies that thrive are those which understand that value creation comes before profit making.

So, they do everything in their powers to consistently create value for their customers so that money will flow in ceaselessly.

Those who do not get the order right struggle with low patronage and poor cash flow before being swept away when patronage finally peters out.

The difference between running a business to make profit and running it to create customers is that while the fellow with the first mindset is always looking at the bottom line, the other guy is concerned with satisfying the customer.

While the first fellow wants to make profit irrespective of what happens, the other wants to keep his customer at all costs.

These determine their actions as well as the result they get.

Many wannabe entrepreneurs operate on the assumption that their cash flow projection is water tight.

But that more often than not turns out as nothing but illusion grandeur.

If there is anything that is sure to fail in a business, it is the cash flow plan because it is hinged on the number of customers to be generated, selling at the right price and using the right channel.

Getting it right on all counts is as easy as a camel passing through the eye of a needle.

So, running on the assumption of an infallible cash flow projection is akin to taking a new business on a trip to Golgotha.

When Coca Cola debuted in 1886, despite the huge expectations of John Pemberton, the founder, which informed the projected income statement, balance sheet and cash flow assumption, the drink was only able to sell an average of nine glasses per day.

This distorted Pemberton’s projections and he had to rework his assumptions to match the realities that he faced.

Market realities are not always in consonance with the business plan assumptions.

The best thing to do is to adjust the assumption to match the reality, anything short of that could spring disaster.

As put by John Keynes, “When the facts change, I change my mind.”

One fundamental feature of humans is the desire for change.

The average man gets bored easily, thus his crave for new things is always high.

Unfortunately, however, many entrepreneurs pay little attention to this; they go about with the assumption that the market will always take whatever they offer.

That is why the axiom, innovate or die holds true.

Between the second half of the last decade of the last century and the dawn of the new one, General Data Engineering Services (GDES) was easily one of the most profitable businesses in Ibadan, Oyo State capital.

In those days of absolute dependence on NITEL telephone services for internet access, the information and communication technology company was the leading Internet Service Provider (ISP) in the city, controlling about 80 per cent of the market as it was the preference of government establishments, educational institutions, private organizations and individuals.

Run by young, energetic and dynamic people, it was the dream of many of the city’s young graduates to work with the company.

GDES was not just active in Ibadan, it was also the leading ISP in Ilorin, Enugu and some parts of Lagos.

The company pioneered wireless internet service in Ibadan in 2001.

This further enhanced its market share and boosted its profitability.

It later took the service to both Ilorin and Enugu.

It also offered its customers Voice over Internet Protocol (VoIP) services, which enabled them to make telephone calls over the internet.

But despite these great qualities, the company lost out in the democratization of internet access.

The advent of Global System for Mobile communication (GSM) in the country in 2001 did not pose any immediate threat to GDES because neither the handsets available at the time nor the technology deployed by the service providers supported internet access.

For a few years after the roll out of GSM, the company was still doing very well with internet provision.

To further strengthen its hold on its market, GDES went into agreement with a number of cybercafé operators located in various parts of the country to provide internet service that members of the public who could not afford to directly engage the services of the company could use in having access to the internet.

Though the signs were clear that internet access was going mobile and becoming more personal with the process of its acquisition being liberalized so that anyone who needed it could have it at an affordable rate, GDES was still fixated on providing fixed internet access to individuals.

Thus, with the deployment of advanced technology by GSM companies as well as the introduction of high end mobile phones, internet access on phones became possible and this began to affect the market share of GDES.

By the time the GSM companies came up with the idea of modems, GDES market share plummeted.

Although the company still provides internet access to corporate bodies while it has also taken training, engineering services, vending and installation of equipment for clients very seriously, all of which have shored up its fortunes, GDES would have done very well for itself if it had keyed into the democratization of internet access by providing devices that would make internet access affordable to individuals just as Swift Network did.

The market waits for no one; it goes with whoever is ready for it.

Also read: Some Of Us Are becoming The Men We Want To Marry- Tacha

Assumption is the lowest form of knowledge, those who solely rely on it set themselves up for serious let down.