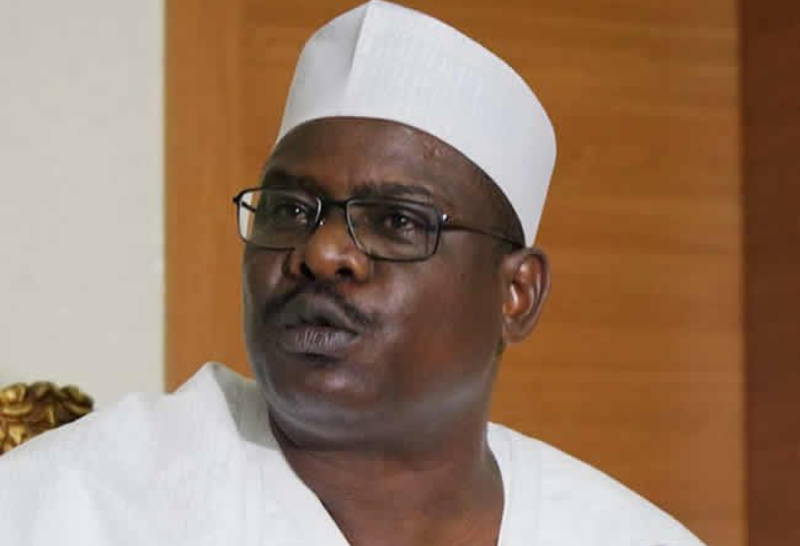 THE Chairman, Senate Committee on the Army, Senator Ali Ndume, has said the President, Major General Muhammadu Buhari (retd.), or any security agency in Nigeria, cannot unilaterally grant blanket amnesty to repentant Boko Haram terrorists without the approval of the National Assembly.

Have you read? Revealed: How NDA was overpowered and invaded

Ndume stated this on Thursday in an interview with journalists while reacting to a report, not in The PUNCH, that certain security agencies in the country had started granting secret amnesty to top Boko Haram commanders, accompanied with huge financial empowerment.

Ndume, who is representing Borno South Senatorial District in the Senate, clarified that none of the repentant terrorists had been reintegrated into the society contrary to some media reports.

He said the military authorities had also not recruited any of the repentant terrorists into the Nigerian Army.

Rather, he said they (repentant insurgents) were currently being treated as prisoners of war, with the security agencies carrying out their profiling, while some of them with terrible cases had been sent to prison.

He condemned bandits’ attack on the Nigerian Defence Academy in Kaduna, describing it as unfortunate, even as he assured Nigerians that the military authorities would soon arrest the criminals and set their captive free.

Ndume disclosed that the Presidency and the Borno State Government had started a comprehensive resettlement plan for victims of the Boko Haram insurgency.

The senator said, “It is not true that the Department of State Services is granting amnesty to repentant Boko Haram commanders and giving them financial inducement.

“The DSS cannot do that because it doesn’t have the mandate to carry out such task. Even the President cannot grant such amnesty without the involvement of the National Assembly. The DSS cannot do such thing in secret.

“Even the President cannot grant such amnesty without the involvement of the National Assembly. The DSS cannot do such thing in secret.”

The lawmaker, however, challenged the military authorities to ensure a deliberate arrangement that would make the soldiers to keep watch over one another so as to expose the insiders who could be giving information to the terrorists.

He expressed worry that the President was not addressing Nigerians despite the fears being entertained by the people over the worsening security crises across the country.

He said, “I am just worried that the President is not talking to Nigerians. In a situation like this, silence is not golden. If the US President could be addressing Americans every day on the issue in Afghanistan, I also expect President Muhammadu Buhari to be addressing Nigerians either daily, weekly or fortnightly on the security situations across Nigeria.

“The usual statements from his media aides are not the solution. The President should create a situation room to brief Nigerians on the current situation and what his government is doing about it. Such action would allay the fears of the people.”