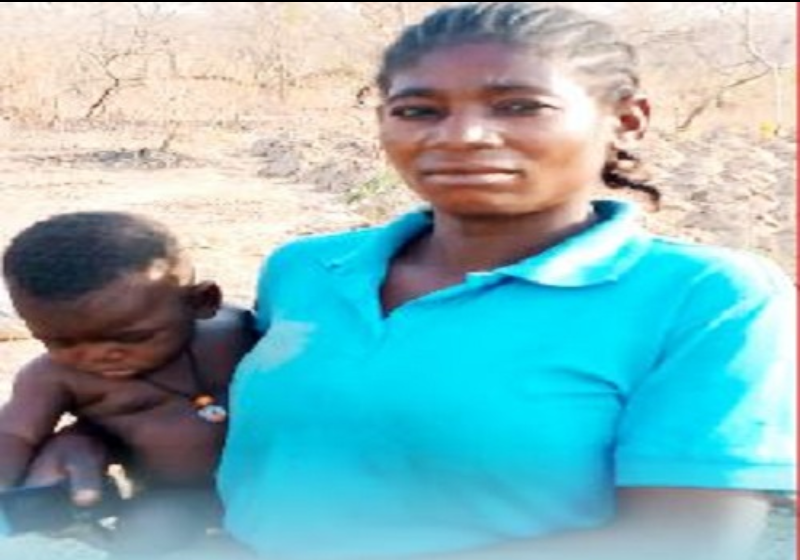 How I became pregnant for my husband’s 17-year-old son, by Nasarawa housewife

It was a cool evening at the Lafia township stadium on Thursday, November 26 and Mrs Justina Agbumi sat with other fun seekers to watch the evening training of Nasarawa United football players.

But while everyone else seemed to be having fun as they watched the professional footballers juggle the ball, the same did not seem to be the case with Justina as she sat quietly, looking sober.

Her pensive mien was in contrast with the gay mood of the nine-month-old baby in her bosom as he suck away playfully on a bottle of soft drink.

Justina has virtually turned into a recluse after the painful death of her husband and her abominable act with a young man her husband had with another woman outside wedlock.

Seeing that she was childless for 19 years after she got married to her husband, Donald Agbumi, and curious to establish whether she was indeed barren, she decided to put her fertility to test with the young man that was staying with them, not knowing that the young man in question is the biological son of her husband.

It was the culmination of a game of deceit between the couple as Donald had brought in the young man and introduced him to Justina as one of his relatives from the village.

The efforts our correspondent made for one week to speak with Justina after a hint of the incident was dropped by one of her neighbours finally yielded result on Thursday at the Lafia township stadium where she agreed to speak about the matter.

Justina revealed how their relationship which was once the envy of many became laced with frustration, hate and abuse, such that neighbours and friends became peacemakers before the marriage was dissolved.

In an emotive voice, she recalled that with assault, name calling, abuse and starvation, the past 15 years had been the worst of her life simply because they didn’t have a child.

“It got to a point that I asked myself if I was still living with the same man I married.

“He suddenly became a beast, calling me barren, harlot and useless, just because I couldn’t take in,” she said as she fought back tears.

She continued: “He was my best friend before we got married. We were ready to have children as quickly as possible so we could move on.

“But after five years and more, there was nothing. I didn’t take in, so I became worried.

“We went for several tests but we were told I had no problem but my husband had low sperm count and he needed to regulate his diet, which we did, but nothing changed.

Also read: BETWEEN DAVIDO AND DANGOTE

“Because he is the only son, his mother had already become hostile to me, visiting regularly from the village while my husband also joined her in frustrating me.

“Before then, I visited places my faith would ordinarily not permit to, because all I wanted was a child. Yet nothing came out of it.

“That was how I started living alone. I cried daily but that didn’t bring any succour.

One day, I got an idea and decided to test my fertility with another man.

I realised that would be adultery of the highest order, but I also felt it would be lesser sin if it was with my husband’s relation who was staying with us.

I drew the young man closer and made him my best friend since my husband had stopped making love to me for close to seven months.

“Luring Godwin to start sleeping with me was a difficult decision but I was also considering my age.

“I had never cheated on my husband before, but I had reached the limit of my endurance and the circumstances around me was not in my favour.

“I concluded that I would test my fertility through Godwin.

“I had seem Godwin’s crotch during house cleaning, so I realised that his manhood was big enough to give me satisfaction, though he was only about 17 years old.

“I started admiring him anytime my husband went to work. I would summon courage and make advances to him, drawing him closer to me with petty items.

“In no time, he succumbed and we started having sex, though he was not too perfect because he had not been into it.

“But I was teaching him. I also warned him never to reveal it and threatened to kill him if he opened up to anybody.

“We progressed in that direction, especially during my ovulation period. In no distant time, he was able to impregnate me. I missed my period three months after.

“I was very happy that the plan to test my fertility worked and that what my husband could not do for years, Godwin did within a short time.

“One fortunate thing was that Godwin himself did not know that he was responsible for it.

“Unfortunately for me, I didn’t know that Godwin was actually the biological son of my husband.

The entire family hid it from me so that I would not victimise him.”

A twist had occurred in the matter when Godwin secured admission into the College of Education Akwanga and was travelling to commence registration when he had an accident that claimed his life.

“He died before I was delivered of a baby boy,” Justina said.

“When Godwin was buried, I did not attend his burial because I was not strong enough to travel to the village as I was heavily pregnant.

“But after his burial, I noticed that my husband was sad and affected by Godwin’s untimely death. He was affected psychologically so much that it almost cost him his job.

“He ceased to be a happy man, even when I delivered a baby boy for him.

“I made several attempts to discuss with him about the future of our new born baby, but it never interested him, because deep inside him, he knew he was not responsible for the pregnancy and was only pretending.

“The man was not happy at all.

One morning, precisely in October this year, my husband abruptly woke me up and broke down in tears, but he was unable to tell me the cause of his misery.

“After about 40 minutes later, he was calm enough to tell me why he was crying.

“He started by apologising to me for not telling me from day one that the late Godwin was actually his biological son.

“He said that while growing up many years ago, he had an affair with a girl which resulted in pregnancy and the girl refused to abort it. She gave birth to Godwin and his mother brought him up.

“So when he met me and I showed serious dislike for any man who already had a child out of wedlock, he decided to hide it from me in order not to lose me.

“He said he didn’t know how to tell me about it all these years. He said he had wanted to reject the pregnancy but his parents took responsibility while he proceeded with his studies.

“He said that when he started working after his studies, he decided that the boy should come and stay with us so that I could train him. But he hid his true identity from me to avoid victimization.

“My husband again burst into tears that the late Godwin was his only son and that he knew full well that he was not responsible for the pregnancy that brought the new born baby boy.

“He pleaded with me to tell him the true father of the new born baby because we did not engage in any lovemaking in the period preceding the pregnancy.”

Justina said she realised at that point that lying would further complicate the situation, “so I decided to come clean.

“I burst into tears and cried uncontrollably. I found it difficult to explain to him since he had been plain with me at the late hour.

“I knelt down before him in tears and confessed to him that the late Godwin, his own son, was the father of my new born baby

“I pleaded with him to forgive me of all my sins; that it was an attempt to save my marriage and bear a child for him, and that I thought that rather than going outside, I should test my fertility with his relation to know whether the fault was from me or from him.

“I pleaded with him to forgive me of all my sins, saying that I took that course of action to protect the marriage and the consolation is that the new baby boy would replace his son, since it is his late son’s blood.”

According to Justina, her husband’s initial reaction was anger as he said he could not imagine his son sleeping with his wife to the point of impregnating her, and his wife allowing such to happen under the same roof.

Since their mutual confession on October 2021, however, their life has not remained the same as their previous cat and dog relationship deteriorated further.

She said: “He (Donald) kept emaciating. He hardly talked and was not excited about the new baby.

“We hardly talked and he hardly responded to my conversation. At a point, I was afraid that he might kill my son. His aloofness really worried me, so I ran out of the house to one of my uncles who also stays in town.

“Two days after, precisely on the 27th of October, my husband slept and died in his sleep.

“Now his people are saying I might have been responsible for his death, and they are threatening to kill me too,” she said amid tears.

Justina added: “My brother, I am not myself. I am confused. I don’t deserve to be alive again, so I’m contemplating suicide because my effort to give my husband a child has ruined my life.

While it was difficult to confront the two families due to the calamity that befell them, our correspondent managed to speak with the late Donald’s mother, and she said: “She (Justina) killed my only son.

“From day one when we realised she could not conceive, we asked her to go but she refused.

“She brought instability into my son’s life which led to his death.

“My son told me all that happened before he died.”

She refused to talk further in spite of promptings from our correspondent.

Read this too: Sēx and alcohol church to open branch in Nigeria

Justina’s uncle, Mr Stephen, told our correspondent that he would not say anything “until after the burial of my sister’s husband.

“But for now, she is staying with me. Let them prove that she was responsible for her husband’s death.

“I will consult with our parents, particularly our father, because our mother is not alive.”

JUST IN: Gunmen kill many, raze houses in Abia community Gunmen on Tuesday night killed an unspecified number of people...