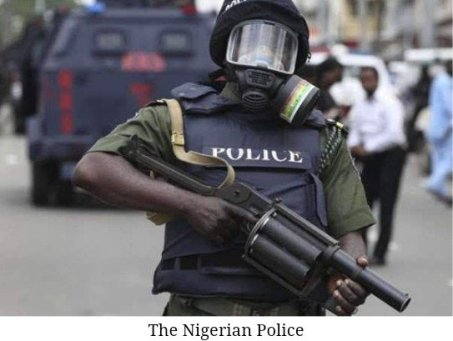 A 35-year-old man is in police net in Delta State for allegedly raping and impregnating two sisters.

The PUNCH gathered that the suspect, Jude Nduka, resident at Obi Onuwe Street, behind Kowen Plaza, Asaba, Delta State had raped and defiled the two sisters said to be within the age range of 13 and 16 years respectively.

The mother of the two girls of Okpanam Road, Asaba had at about 10 am on November 10, 2021, reportedly approached the Delta State Police Command Eagle-net Special Squad with a complaint against Jude Nduka alleging that the suspect raped and impregnated her two daughters.

Based on the complaint, the Commander, Eagle-net detailed detectives to investigate the incident.

Consequently, the detectives swung into action and the suspect was arrested.

Upon interrogation, the suspect confessed to have committed the crimes and medical examination was then carried out upon the said victims.

The Police Public Relations Officer for Delta State Police Command, DSP Bright Edge told our correspondent that the suspect who is currently in custody will be charged to court on completion of the ongoing investigation.

In another development, acting on a tip-off, one Morrison Godwin (38), who had been terrorizing Sapele and its environs and is also on the security watch list in the state but residing at Ojolu area was sighted around Sapele.

According to the PPRO, the Divisional Police Officer Sapele Division detailed surveillance patrol team, who swung into action, stormed his house at Ojolu area and arrested the suspect.

“Upon searching his house, one locally made pistol and seven live cartridges were recovered,” the police spokesman said, adding that investigation is ongoing.

Meanwhile, the Commissioner of Police for the State Command, CP Ari Muhammed Ali has assured residents of the state that the Command under his watch remains committed to the protection of lives and properties, especially during this ember months.

The Commissioner of Police has sent a strong message to the Area Commanders, DPOs and tactical commanders on the need to sustain the tempo in the fight against crimes and criminality.

He urged them to intensify stop and search and for them to reactivate pin down points stressing that security architecture should be well emplaced in their areas of responsibility.

The CP reiterated the need for the officers and men of the Command to ensure that the State remained hot for criminal-minded elements by taking the battle to their doorsteps.