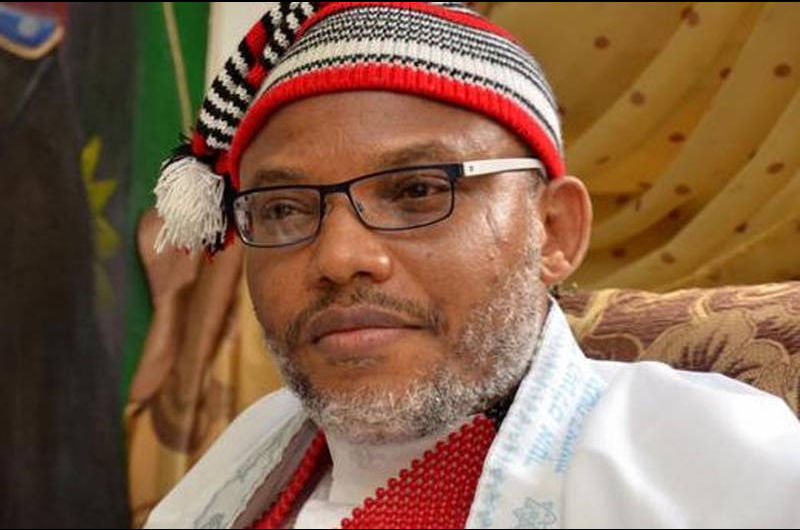 As his lawyers stage a walk out

Justice Binta Nyako of the Federal High Court sitting in Abuja has adjourned trial of detained leader of the Indegenious People of Biafra, IPOB, Nnamdi Kanu till January 19.

The adjournment came on a day Kanu’s team of lawyers, staged a walk-out over refusal of operatives of the Department of State Services, DSS, to allow some of them to gain access into the courtroom.

Kanu, who was brought into the courtroom around 9:52am, had shortly after his case was called up, bemoaned the refusal of security agents to allow some members of his legal team, especially his lawyer from the the United State of America, Bruce Fein, to enter the courtroom.

The IPOB leader told the court that Mr. Fein, who he said was handling a case for him in the US, was around to witness his trial.

“I have an ongoing case in the US. I have not been allowed to see him. He is here to see me and to observe the proceedings.

“He has been to the DSS to see me, but they denied him access to me”, Kanu stated from the dock.

Also read: Comedienne Princess bursts into tears as colleagues refuse to support her

Asked by the Judge, if he was ready to conduct the proceedings himself, in the absence of his lawyers, Kanu replied in the negative.

Meanwhile, counsel to FG, Mr. M. D. Abubakar, who is the Director of Public Prosecution, urged the court to proceed with the trial in the absence of Kanu’s lawyers.

Abubakar told the court that ordinarily, the matter was fixed for hearing of an application that was filed by the Defendant.

He argued that since Kanu’s lead counsel, Mr. Ifeanyi Ejiofor, who was initially inside the courtroom, walked out with his team shortly before the arrival of the judge, his pending application should be deemed abandoned.

In a short ruling, though Justice Nyako expressed his displeasure over the conduct of Kanu’s lawyers, she declined to dismiss the pending application and rather adjourned the case till January 19 and 20, 2022, for trial.

One thought on “Breaking: Court adjourns Kanu’s trial to Jan 19”