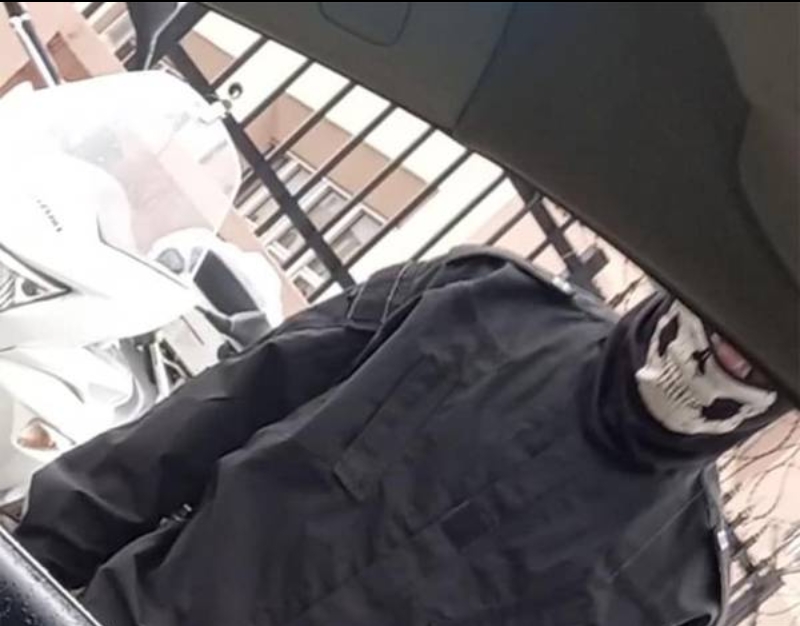 There is heavy security presence at the Federal High Court in Abuja this morning, preparatory to the arrival of the detained leader of the proscribed Indigenous People of Biafra, IPOB, Nnamdi Kanu, for continuation of his trial on treasonable felony charge.

Armed security operatives, mainly from the Department of State Services, DSS, have barricaded all access routes to the court premises which is beside the Federal Ministry of Justice.

As early as 6am when this reporter arrived at the court, armed DSS operatives, some on motorbikes, were already stationed at strategic locations within the perimeters of the court.

Meanwhile, though the Chief Information Officer of the Court, Mrs. Christopher was already on ground as early as 6am, her spirited effort to secure a pass for this reporter proved abortive, as DSS officials insisted they must get clearance from their boss before allowing anyone outside the list to gain access into the court.

As at the time of filing this report, this reporter had yet to gain access into the court.

It will be recalled that Kanu was on June 20, returned back to the country for continuation of his trial, after he was reportedly arrested in Kenya.

He was subsequently docked before trial Justice Binta Nyako on June 29 and was remanded in custody of the DSS till today when his trial will resume.

There are strong indications that the Federal Government may likely file an amended charge against him today.

FG had in the charge already pending before the court, alleged that Kanu imported Radio transmitter known as TRAM 50L, which was concealed in a container that was declared as used household items, for the purpose of using same to disseminate information about secession plans by the IPOB.

It alleged that Kanu, “on or about the 28th April, 2015 in London, United Kingdom did in a broadcast on Radio Biafra monitored in Enugu, Enugu state and other parts of Nigeria within the jurisdiction of this honourable court, referred to Major General Muhammadu Buhari, GCON, President and Commander in Chief of the Armed Forces of the Federal Republic of Nigeria as a paedophile, a terrorist, an idiot and an embodiment of evil, knowing same to be false and you thereby committed an offence contrary to section 375 of the Criminal Code Act, Cap C. 38 Laws of the Federation of Nigeria, 2004”.

He was alleged to have committed treasonable felony, an offence punishable under Section 41(C) of the Criminal Code Act, CAP C38 Laws of the Federation of Nigeria.

FG alleged that Kanu and the other pro-Biafra agitators were the ones managing the affairs of the IPOB which it described as “an unlawful society”.

Kanu was alleged to have illegally smuggled radio transmitters into Nigeria, which he used to disseminate “hate broadcasts”, encouraging the “secession of the Republic of Biafra”, from Nigeria.