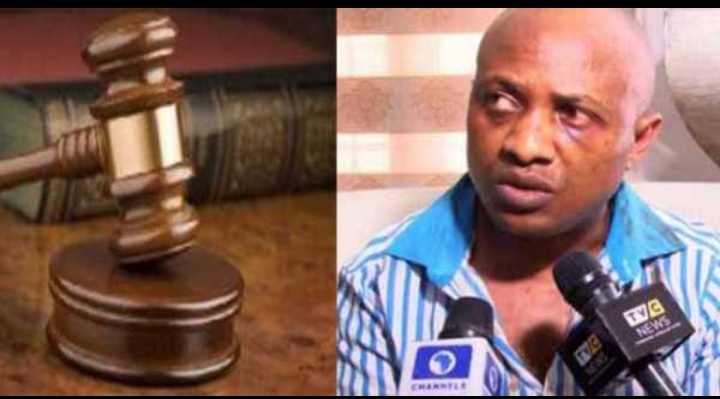 The Lagos High Court in Ikeja has found Chukwudumeme Onwuamadike, also known as Evans, guilty of two charges of conspiracy and kidnapping of Donatus Duru, a businessman.

Evans and two of his co-defendants, Uchenna Amadi and Okuchuwkwu Nwachukwu, were found guilty by Justice Hakeem Oshodi on Friday.

The prosecution has successfully proven the charge against the three convicts beyond a reasonable doubt, according to the judge.

Evans’ verdict was based on the judge’s observations of the witness’ demeanor, claiming that in some of the confessional films produced in court, Evans named several of the other defendants and their roles in the crime.

“He was seen freely laughing and willingly answered questions.

A close look at his body shows no sign of torture.

He did not look unkempt.

He is seen laughing even when he was told that he must be a rich kidnapper,” Justice Oshodi said.

“He showed no remorse in the dock and tried to lie his way out of the crimes despite the video evidence.”

He concluded that the evidence tendered before the court especially their video confessions corroborated their guilt.

The court discharged and acquitted Ogechi Uchechukwu and two former soldiers of the Nigerian Army, Chilaka Ifeanyi and Victor Aduba, for lack of sufficient evidence linking them to the crime.

One thought on “Breaking: Evans Sentenced To Life Imprisonment”