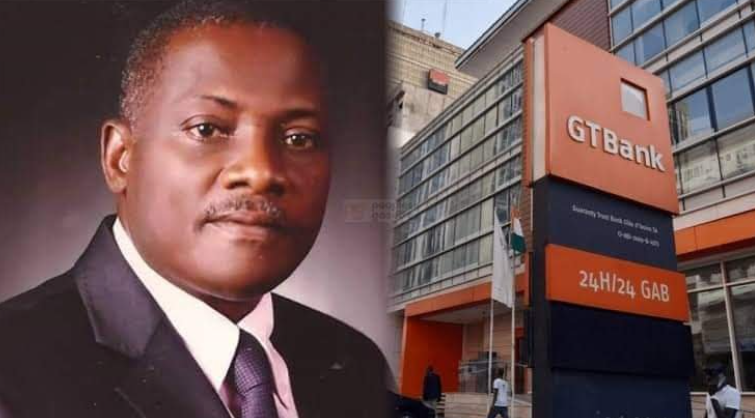 Breaking: Innoson to take over Gtbank over N32b debt

Innoson Motors boss, Chukwuma, says he will be taking over Gtbank over N32bn debt

Chairman of Innoson Group, Innocent Chukwuma, has stated that he will be taking over Guaranty Trust Bank’s assets soon as the lender’s debt owed to him nears a capacity beyond them.

Chukwuma said GTBank, which has restructured into a subsidiary of Guaranty Trust Holding Company (GTCO) owes him N32 billion, and its accruing 22 percent interest.

The automaker had been in a court battle with the Miriam Onasanya-led bank, and requested the Federal High Court in Lagos to prevent GTBank from restructuring into GTCO, but that didn’t stop the process.

The Innoson boss had filed and won suit FHC/L/Cs/603/2006 and FHC/Cs/139/2012. Seven years later, Chukwuma claimed that the court had ordered he can take over GTBank, but the lender dismissed his claim.

But at a press conference with journalists on Thursday, the billionaire said he would no longer force the payment of his debt, stating that he’s going to wait until the debt becomes a financial burden on GTBank.

Chukwuma revealed the genesis of his confrontation with GTBank started when the lender’s late founder, Olutayo Aderinokun, vacated his position, and a new MD took over.

In his explanation, the carmaker said, “I was GTBANK’s best customer in the south-east when Tayo, the former MD, was alive. Because of this, they opened a branch in Nnewi.

After Tayo, the new MD took over. I don’t even know him. I saw him for the first time last year.”

Chukwuma alluded that the new MD began to play the tribal card, but he had been defeating the lender since their court tussle started.

“They started fighting about tribe. I am not certain about this but I think the reason he (GTB MD) is fighting is because of tribe. I don’t know exactly what his problem is.

Also read: Why my wife poured hot water on my d!ck

“But finally, I have proved him wrong in everything. I have defeated him in all the courts we went to. The only thing left is for him to pay me what he owes me.

“He was going to my account and taking money anyhow. I discovered it, took him to court and won.

Chukwuma further stated that, “The beauty of the whole thing is that the money is attracting the interest of 22 percent.

“I am assuring all the customers of GTB that if I take over, I would still run it well. They shouldn’t fear. I haven’t done any business that fails.

“I will run it better than them. If they cannot pay me, I have no choice but to take over the management.”

One thought on “Breaking: Innoson to take over Gtbank over N32b debt”