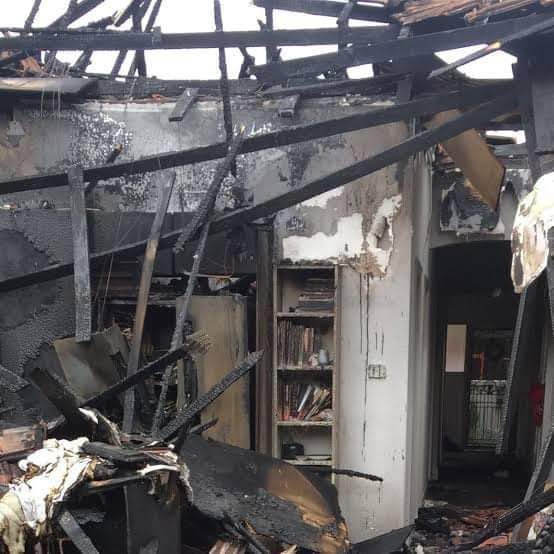 A jealous lady sets her lover ablaze for dumping her.

Two lovebirds have died in Aba, the commercial centere of Abia State after the lady set the man ablaze.

The male victim, whose name could not be immediately ascertained, was a worker at a bread bakery on Obohia Road.

The female victim, simply identified as Oluchi, owned a boutique

The duo died shortly after they were admitted to different private hospitals as a result of the severe burns they suffered.

A resident of the area reported that the male victim who had dated the female boutique owner left her to marry another female worker in the bakery that he was said to have impregnated.

“The lady that owns the boutique didn’t know that the guy was dating another girl in their bakery.

“It got to the level that the guy impregnated the female colleague without the other girlfriend’s knowledge.

“Funnily, the guy told the lady boutique owner that he needed N200,000 for something which the lady gave him without hesitation.

“She didn’t know that the guy was using it to go and pay for the bride price of the girl that he impregnated in their bakery.

“When the news of the guy’s marriage came to the lady, she did as if she didn’t know about the traditional marriage.

“After the marriage, the lady invited her boyfriend to her house and the guy came without knowing that the lady has something in mind.

“Shortly after the guy came, the lady locked her door as she used to do and after a while, she emerged with a bucket containing fuel which she pouted on the guy and set him ablaze.

“As the guy was burning, she headed for her door to escape, but the guy grabbed her and both of them began to burn.

“It was in the heat of the incident that she raised alarm that attracted neighbours who broke into the lady’s house to quench the fire.

“They were taken to different hospital, but were rejected because of the severe bodily injuries.

“They eventually died a day apart even while they were later admitted elsewhere.”

A police source at the Aba Area Command Headquarters confirmed the incident, but added there was no official report on it.

Hmmmmm…. I don’t know why it’s difficult to trust people these days. I also have problem with people who are too emotional and quick to anger.

What do you think about this? Who is at fault here? The lady or the guy??

2 thoughts on “Breaking: Lady sets lover ablaze for dumping her”