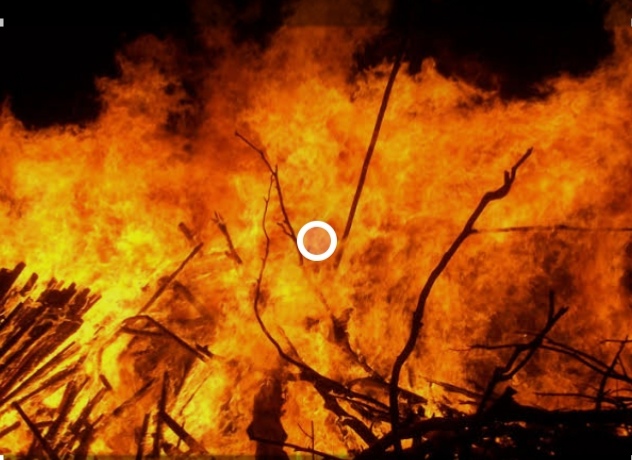 While the monarch was burnt beyond recognition, his brother was allegedly hacked to death by their assailants.

The killing was the second attack on the Odetola family in less than three months, PREMIUM TIMES learnt.

It was gathered that Mr Odetola and one other aide were killed within a month.

While the monarch was burnt beyond recognition, his brother, who was also attacked months ago, was allegedly hacked to death by the assailants.

The attack on the monarch allegedly happened around 11:00 a.m. on Monday.

A resident of the community, who does not want to be named for security reasons, said the only possible case of the attack is the crisis bedeviling the throne of the deceased monarch.

It was gathered that the tussle of who becomes the next Olu of Agodo is between the Ake and Owu dynasty in the village.

Confirming the incident, a sister of the late monarch, Adenike Akintade, said their younger brother was recently killed in the same manner.

“I have just been discharged from hospital early this morning, only to start mourning the brutal assassination of my brother.

“Kabiyesi called me on Saturday, urging me to reduce my activities, saying stress could contribute to my illness.

“He lost his younger brother to the imbroglio some months ago; the young man was butchered by the so-called hoodlums.

Today, Kabiyesi is no more, what a world.”

Contacted, spokesperson of the Ogun state Police command, Abimbola Oyeyemi, said it was only the traditional ruler who was killed.

He added that the State Commissioner of Police, Lanre Bankole, was at the scene of the incident on Monday to assess the situation.

“Yes it is true. Only the Oba was killed, I am not aware of the other people claimed to have been killed.

He was burnt in his car after he was killed.

“The Commissioner of Police was there today to assess the situation and as we speak the place has been deserted.

But we are trailing the perpetrators and we shall bring them to book.”

Nigeria is currently battling a wave of crime, violence and insecurity across swathes of the country despite efforts by security agencies to stem the tide.