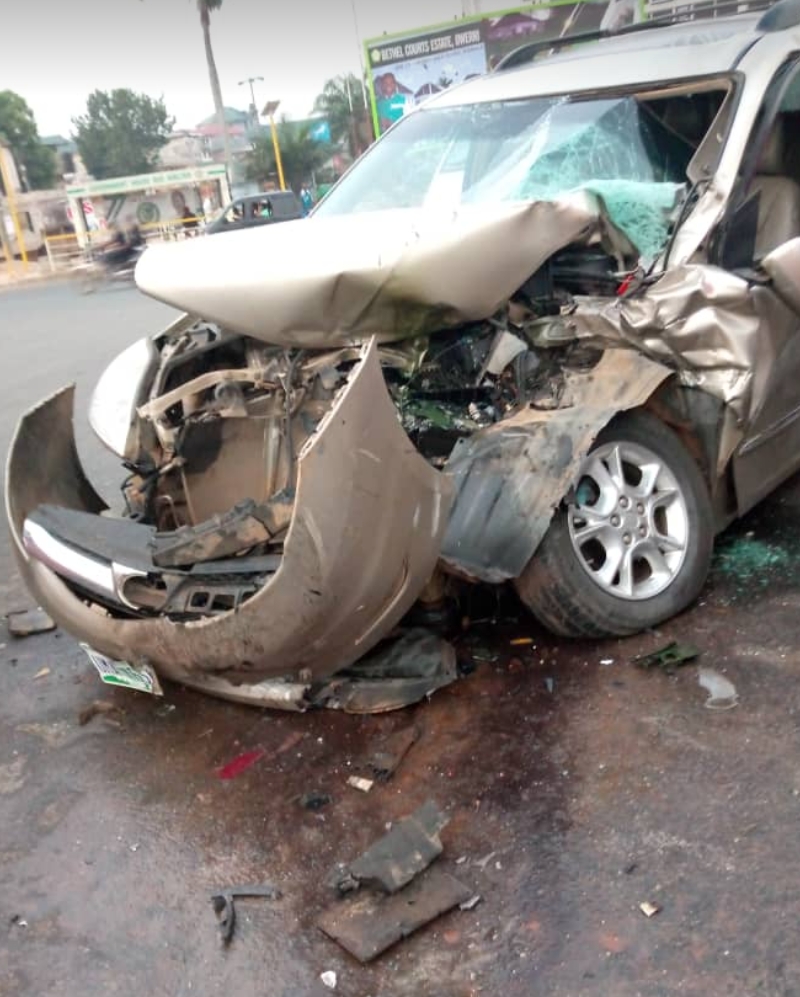 The forensic report shows that a loaded tipper lorry highly speeding on a wrong lane collided face to face with his 2011 Toyota Sienna on the 6th of February, 2021.

Owing that the SUV was smashed beyond recognition and repair, people have reacted in awe believing it is an act of God for a human to come out alive from such crash.

Others have reacted that he escaped such incident because of his benevolence to the needy.

As a philanthropist, Nke Nke Enyi Izuogu 1-12 while been discharged from the hospital cleared the bills of all nursing mothers who gave birth since October , November December 2020 at the time he was making his payments.

It is worthy of note that Dr. Sir. IKENNA Chiedozie Aniche (Nke Nke Enyi Izuogu Gburugburu 1-12) is the Founder of Nke Nke Enyi Izuogu Foundation for the Needy and Aged. He also founded Natalia Ezuma Maternal and Child Care Specialist Hospital. This just to mention a few out of his unalloyed and magnanimous humanitarian gestures that has crossed the borders of Nigeria and Africa at large.

It’s on record that he is the first Nigerian to celebrate his gateman’s/Maidguards birthday in a grand style and delights joy in ensuring that anyone that comes around him leaves with a smile.

Having observed this philanthropist over the years, we can unequivocally conclude that these lifestyle is selfless and without any ulterior motive as he has disappointed a lot who are jittery and who thought he had political positions in mind.

The accident occurred okigwe road roundabout Owerri Imo state
We keep praying that his recovery gets faster than expected.