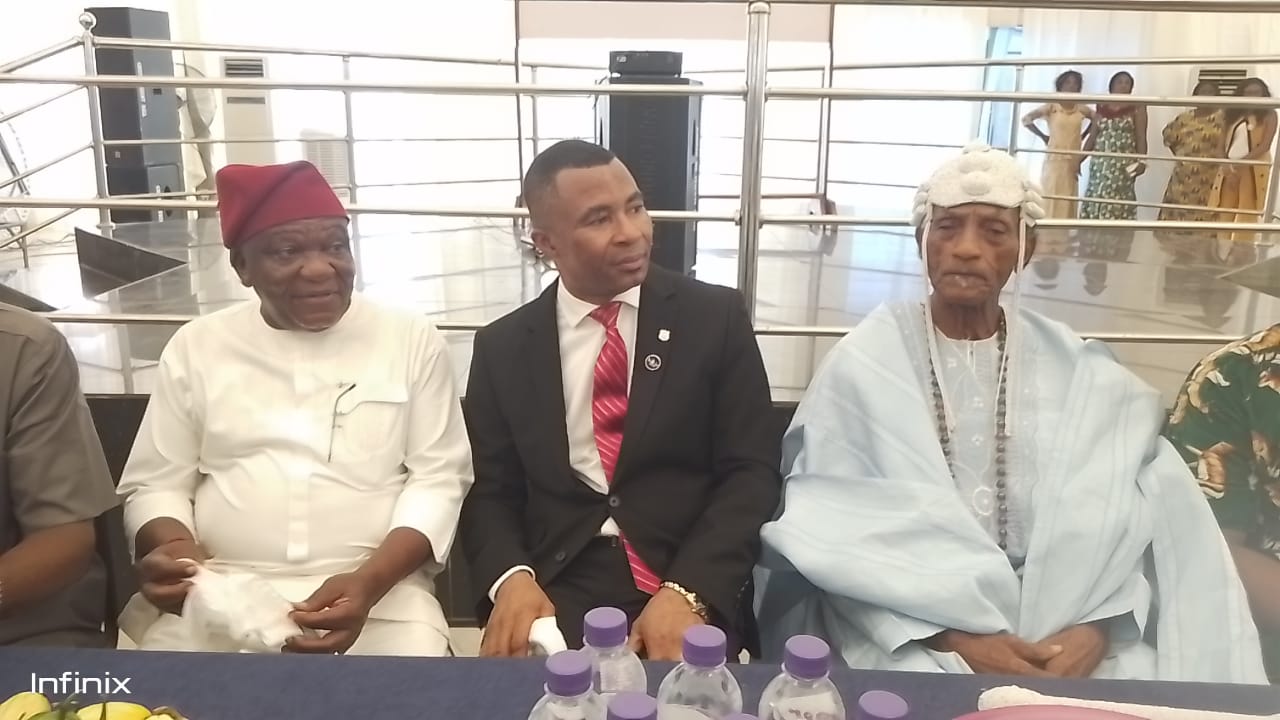 MBAISE NATION DECIDES, SAYS, IT IS THE HISTORY OF ITS KIND IN MBAISE LAND

“You are coming into this race at the time ndị Imo is yearning for leadership, – Says Mbaise Nation Youths.

It is no gainsaying that Imo State is in dare need of astute and transformational leadership.

This is the heart cry and earnest expectation of every Imo citizen as well as all Nigerians currently.

The ordeal of the current Imo leadership is worrisome and capable of retrogressing the labours of our heroes past.

It is no doubt that these cries, expectations and prayers of Imolites has been answered as Sir. Basil Maduka consults Mbaise Nation for his Governorship ambition.

The beautiful hall of Chris IV Hotel at Ahiara, Ahiazu Mbaise was filled to the brim yesterday Saturday, the 19th of Nov, 2022 as Mbaise Nation from all spheres of human endeavor trooped out to received and hear from their genuine and original illustrious Son Sir Basil Maduka who is seeking the plum job of Imo State government.

In his Consultation to the good people of Mbaise Nation, Sir Basil Maduka, an industrialist and seasoned administrator of Akpodim Ezinihitte Mbaise origin recounted the ailing situation of Imo State.

According to him, the current situation in Imo needs someone who has great knowledge in human and resources management, someone with great fiscal abilities and appreciate the surmountable problems of the State.

He further said that while fixing the depleted infrastructure in the State, he will tackle crimes and criminal activities through job creation.

The best way to reduce or eradicate crime in Imo State is to ensure that the youths are gainfully employed and positively productive, and that he will ensure when he assumed office come January 2024.

The elated Mbaise people who attended the occasion in unison declared their support for their great son and asked him to continue in this laudable task of reclaiming Imo State from the hands of desperate hawks.

In his solidarity message to Sir Maduka, Notable Men and women of Mbaise Nation listed some of the mind-blowing contributions of Sir Maduka to the development of Mbaise land and Imo state.

These contributions centers on human capital development, infrastructural development, job creation, youths and women empowerment, which he described as second to none.

He further stressed that with the entrance of Sir Maduka into the governorship race in Imo State, other Governorship Aspirants will be silenced and well positioned to record an overwhelming victory in the coming polls.

They concluded by encouraging Sir Basil Maduka not to relent on his ambition because the coast is well clear for him to emerge the next governor of Imo State.

Also in attendance were traditional rulers, religious and political leaders, captain of industries and opinion leaders in Mbaise land who prayed for him and offered their blessings in good faith.

The state of Imo today is near epileptic as the current governor have shown that he lacks the prerequisite knowledge to pull Imo out of the sinking ground.

In no distant time, Sir. Basil Maduka will officially declare the Political platform to run his God divine ambition and wipe away the tears of Imolites.

Indeed, it’s obvious that God has remembered Imo by bringing the like of Sir. Basil Maduka.

SAMUEL OTUIBE: A POLITICAL MISTAKE IN THE HISTORY OF AHIAZU MBAISE. It is no doubt that the member representing Ahiazu...

BREAKING: PDP LOSES KEY MEMBERS TO LABOUR PARTY IT WAS AN EPOCH EVENT YESTERDAY AS AN MBAISE TRUE SON SIR....