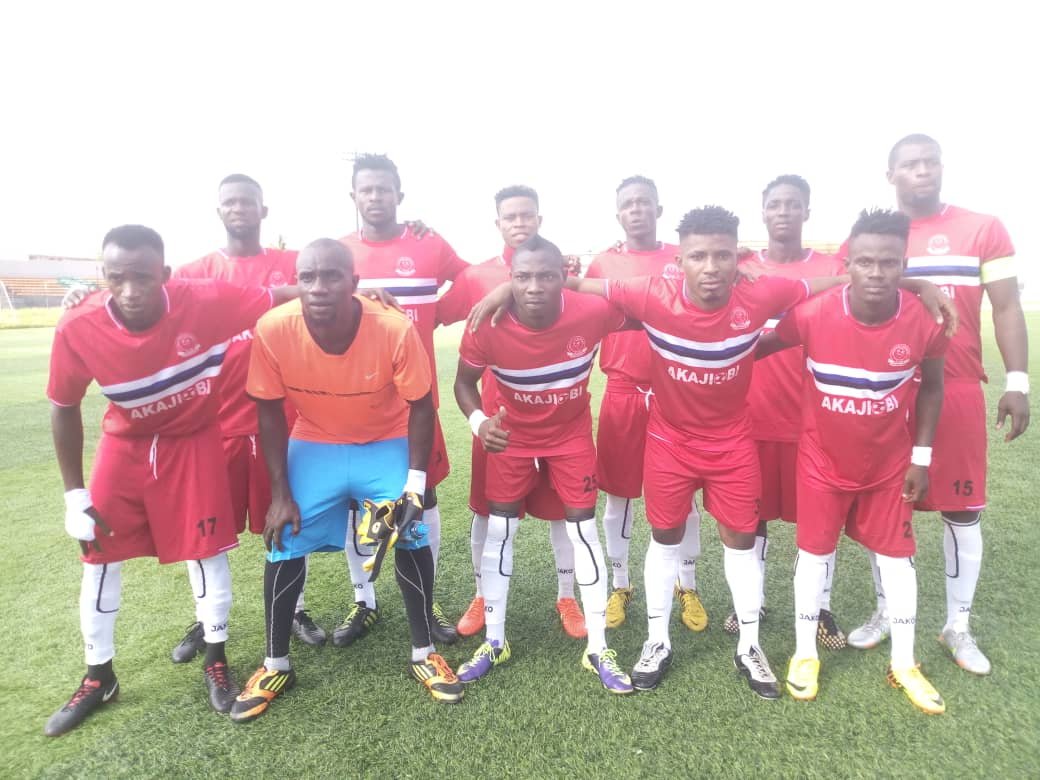 Akajiobi football club is located in Okigwe Imo state and participated in the 2018/19 NNW-L1 where it was grouped in D1 alongside Heartland Comets FC, Bussdor United FC, FC Ifeanyi Ubah Feeders and Right2Win FC.

The tournament kicked off on the 24th day of May, 2019 between Bussdor United FC and Heartland Comets FC. On the 26th of same May, Akajiobi lost to Right2Win FC at the Ginger Sam stadium, Ntigha Ngwa in Abia state. As the game continued, Akajiobi FC drew goalless with Heartland Comets FC and Bussdor United FC on the 31st of May and 14th of June respectively at Dan Anyiam stadium Owerri and Nkwere stadium. At the long run FC Ifeanyi Ubah Feeders withdrew from the game and the group was left with four teams.

See what Elekwachi Champion J. Chukwudi has to say on his Facebook wall as he jubilates

Up Up Akajiobi FC Okigwe for qualifying in group D1 of the 2018/2019 Nigeria Nationwide League One.

I thank God that for the very first time a team from Okigwe is reaching the Playoff stage to contest for the ‘Pro’ in the Nigeria football history.

Thanks to Ndi Okigwe for immensely supporting us to this point.

The Playoff will be scheduled very soon and I’m sure We Shall Win.

THANKS SO FAR….
I WILL KEEP US POSTED.

One thought on “Flashback: Akajiobi FC Okigwe tops group D1 of the 2018/2019 Nigeria Nationwide League One”

EUC HOMES CELEBRATES NIGERIA AT 62 Diversity indeed resides the strength to build a great nation. A nation who's history...

When it’s time to start looking to buy a home, it’s as though there’s a hidden magical power that takes...

SpringWood Court is an opulent land space that is rapidly developing and shows magnificent fusion of creativity and design. By...

ALLOCATION in BROOKSVILLE COURTS by EUC Homes "Good fortune is what happens when opportunity meets with planning" - Thomas Edison...