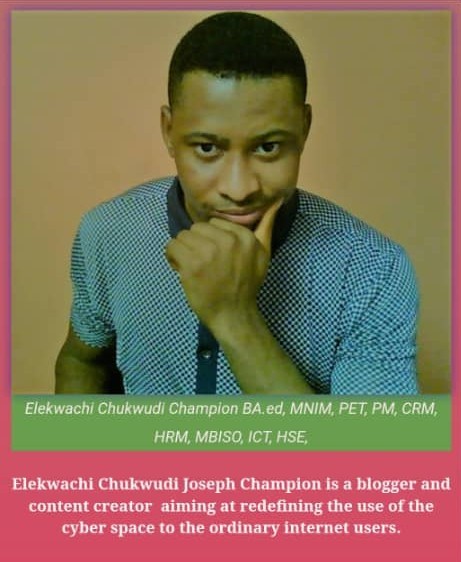 Puzzle: (to be played after the lesson): Did you notice that both our reference and case study was culled from the first books of the old and new testaments respectively, they both started from verses 18 and ended in verses 25?

Preamble: I want to establish here that this discourse is more physically concerned than it is spiritually, and as a result; we shall experience more secular approach to it than religious. That is why ‘watch’ comes before ‘pray’ in the Bible.

Now, the reason ‘godly’ comes before ‘courtship’ in this context is because we are Christians and have decided to bring God first in our matters.

GODLY COURTSHIP
If we apply an adverbial meaning to the first word, we shall succinctly state that it means ‘Righteous(ness)’
The later means ‘the act of wooing in love; solicitation of woman to marriage’.

If the second definition is correct, it then means that the man has more role to play in courtship.

Note: Until a man proposes to a lady and she says ‘YES’ (mark the word ‘YES’) they are not courting. There must be a positive answer from the woman (to the marriage request made by the man) before they both can say “we’re in courtship”.

Having said that👆, let’s have a guide to godly courtship.

Have you read: Holier than God by Eleekwachi Joseph?

1. COMMITMENT: The partners must show they are committed to both themselves and the relationship. It is not anybody’s responsibility to call, text, pay for bills, etc.

2. ACCEPTANCE: You must be accepted not because you were considered but because you are loved. Never consider anyone for a relationship. It’s either you say Yes or No.

3. RUN AT RED FLAG: If you see what you cannot accept happily when you finally marry, just quit the relationship in peace if your partner is not ready to adjust sincerely.

4. REALITY: Relationship is far beyond what we view across the media. You must be real and also face reality. Don’t compare what is obtainable with the movies you watch.

5. FRIENDSHIP: It’s best if you both are friends first. On the alter of friendship, there is usually no pretence. Child of God, marry your friend.

6. TRANSPARENCY: Be open and honest with one another. That will help build trust and prevent wrong assumptions.

7. PSYCHO STRESS: This is for the men. Do not condition a lady’s environment mentally when you profess love to her. Allow her to assess you and decide from her heart❤️ if she’ll walk with you or not.

8. LISTENING SKILL: It’s not every woman that like talking. Same with the men. The therapy is to study your partner and ascertain if s/he is a talker or listener. The listener should listen while the talker talks.
However, if both of you are balanced, you can apply wisdom to know when to talk and when to listen. It’s a mutual responsibility.

9. COMMUNICATION: Always remember that distance does not kill a relationship but silence does. Talk even when there is nothing to talk about🤣. Unless your partner is not in the mood at the moment.

10. STUDY THE MOOD: Be sensitive to know the mood of your partner per time so as not to become burdensome to him/her. Also be wise enough to state your mood early to your partner so as not to appear ungrateful for his/her gestures to impress you at that moment.

11. RESPECT FEELINGS: Before you say you’re not in the mood, or you’re angry, etc, always consider how your partner will feel. Do not be selfish.
Example: Mr. A is suddenly no longer in the mood and decides not to talk to Mr. B without even considering how Mr. B feels about the sudden mood swing.
The Bible says we must consider others first and better.

13. KNOWLEDGE IS FIRST: Remember you’re still learning yourselves. So, never expect so much at the beginning.

14. FAMILY ACCEPTANCE: Bear in mind that it is your duty to make your family accept the person you love.

15. BE SINCERE: If God sees your sincerity of heart in the relationship, even if it is the wrong one he will bring you out of it for his name’s sake.

1. BIBLE BASED PRINCIPLES: Any teaching or advise you listen to on relationship that is not biblical, flee from it. Same is applicable to your words and actions. The Bible is the yardstick for Christian doctrine.

2. BE PURE: This is the main reason it is called ‘godly courtship’.
Joseph met Mary a virgin and married her a virgin. Why this fact is germane is because when you both can no longer continue, it will help you to quit the relationship easily and happily without becoming guilty and enemies in the future. Every courtship will not end in marriage. So, if you eventually part, no one will blame the other for making him/her fall out of Grace.

3. GOD AS THE HEAD: Joseph could here God speak to him directly concerning Mary. Adam had God come to him directly to take his rib. They both have personal and mature relationship with God himself directly. If your partner (especially the man figure) does not have a direct personal relationship with God; if you’ve not heard about God’s genuine dealings with him (or her) on different occasions, not in pretence but from a sincere discussion, that person will likely not make heaven with you and is not worthy of courting you.

4. REALISATION OF PURPOSE: Joseph slept and God met and made him in the dream. Adam slept and God operated him. If your spouse (the man especially) has not been made out of something and for something; if he (or she) has not realised his purpose of being on earth, he is not ready for marriage.

5. WAKE UP: Joseph woke up and married Mary. Adam woke up and married Eve. Men must wake up from poverty, lack, joblessness, bad habits, sin, etc, before they begin to think of marriage. Don’t carry someone’s daughter and suffer her in the name of marriage and faith in God. WAKE UP FIRST! DON’T LIE DOWN AND BE THINKING OF AN INNOCENT SISTER.

6. GIVE AN ANSWER: Mary and Joseph were courting because she said ‘Yes’ to him. Sisters should endeavour to respond to brothers proposals early enough so they can know what actions to take next.

7. GOD’S WILL: Joseph was ready and willing to accept God’s will for him (a pregnant lady) despite the family’s expectations and societal implications. Let’s go for God’s will first. No matter what it appears to be now, it will always be better tomorrow.

8. ACCEPTING THE PAST: If God in His magnanimity will accept Mary as she is, who is Joseph to reject her. Let’s stop considering people’s pasts and and flaws as a prerequisite for courtship. If God’s Grace has found him/her and God accepts him/her by his Mercy; you are nobody to say No.

9. EMBARRASSMENT: Joseph in his maturity wanted to handle Mary’s case without disgracing her publicly. Men have the habit of proving themselves against their spouses especially in the public. The Bible frowns at this immature act.

10. PLAN CHILD BEARING AHEAD: Did you notice the Angel telling Joseph what child Jesus would be? That’s awesome!
We ought to start preparing for the type of children we shall raise during courtship.

11. PROPHESY FULFILLMENT: The union of Mary and Joseph was going to fulfill a prophecy made even when their forefathers were yet unborn. Your courtship is heading towards fulfilling either a positive or negative prophecy. Be sensitive and break evil patterns that might want to run from your different family backgrounds through your new home.

12. FAKE BEFORE ORIGINAL: Notice that when God said “it is not good for a man to stay alone…” Instead of making a woman straight, he first made animals before discovering they were not suitable for Adam. Before you finally find the right person, many people will come your way. Just make sure you just name them like Adam without committing yourself to them till the right person appears.
Don’t forget that the Chief Priests paid the guards to spread false news first before the disciples picked courage to preach the good news. FAKE USUALLY COMES FIRST!

13. COMPLIMENT: Your spouse must be the person having the qualities you lack. In fact, that’s the first sign to note. Adam exclaimed “this is the bone of my bones…”
Marriage is the union of ‘two compatible opposites’.

14. CLEAVING TO ONE ANOTHER: You must start practicing avoidance of parental influence from the courtship stage if you really want it to work out in your marriage.

15. NAKEDNESS: If the concept of ‘being naked and not ashamed’ will work in your marriage, it must start during courtship.

CONCLUSION
Godly courtship is as simple as Christianity. Do what God wants you to do and refrain from what God hates.

CLASS ACTIVITY
Ponder over the puzzle above👆 and tell us what you think are the reasons. You might inspire someone deeply by doing that.

SUCH IS LIFE! I have this person that is older than me but I concluded with high school and gained...

Anywhere you see a display of knowledge, make no mistakes, there is a spirit there. Whether it's in academics, arts,...

The worst people I've encountered on earth are those who discover the truth and refuse to accept or implement it....

BREAKING NEW FRONTIERS TEXT: ISAIAH:43:19 INTRODUCTIONTo lay a formidable foundation for this discourse, we shall be considering the three variables...

Meet Elekwachi Chukwudi Joseph Champion, the CEO of Sterlingfox Network. Elekwachi Champion has shared some links below to help readers...

HOW TO BECOME AN INFLUENCER Let me talk to influencers and brand ambassadors. I'm pretty sure you wanna become an...