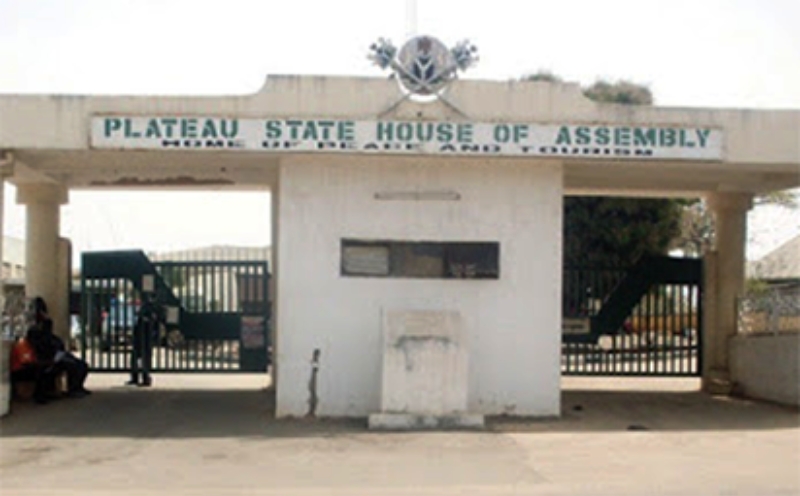 The peaceful protest at the entrance of the Plateau State House of Assembly has taken a new turn as youths loyal to the two factions in the House square up against one another.

The youths loyal to the embattled Speaker, Abok Ayuba were carrying placards dancing to music opposite the main entrance of the House but at about 8.30 am, another group of youths gained entry into the Assembly premises through the back gate.

Some of them shattered the glass door which leads to the Chambers of the House as the embattled Speaker and some Members loyal to him where in, having a meeting.

When those standing outside recognized some of the youths within the Assembly premises as those loyal to the Yakubu Sanda group, they began scaling the gate manned by security forces to also gain entry.

This prompted action by security agents who began firing shots in the air to disperse the people but the youths stood their ground as some of them who earlier scampered for safety, regrouped and resumed their singing, displaying their placards.

At the time of this report, the sounds of gunshots have subsided but the youths are still in the vicinity of the House.

2 thoughts on “Gunshots in Plateau Assembly as youths defy security”