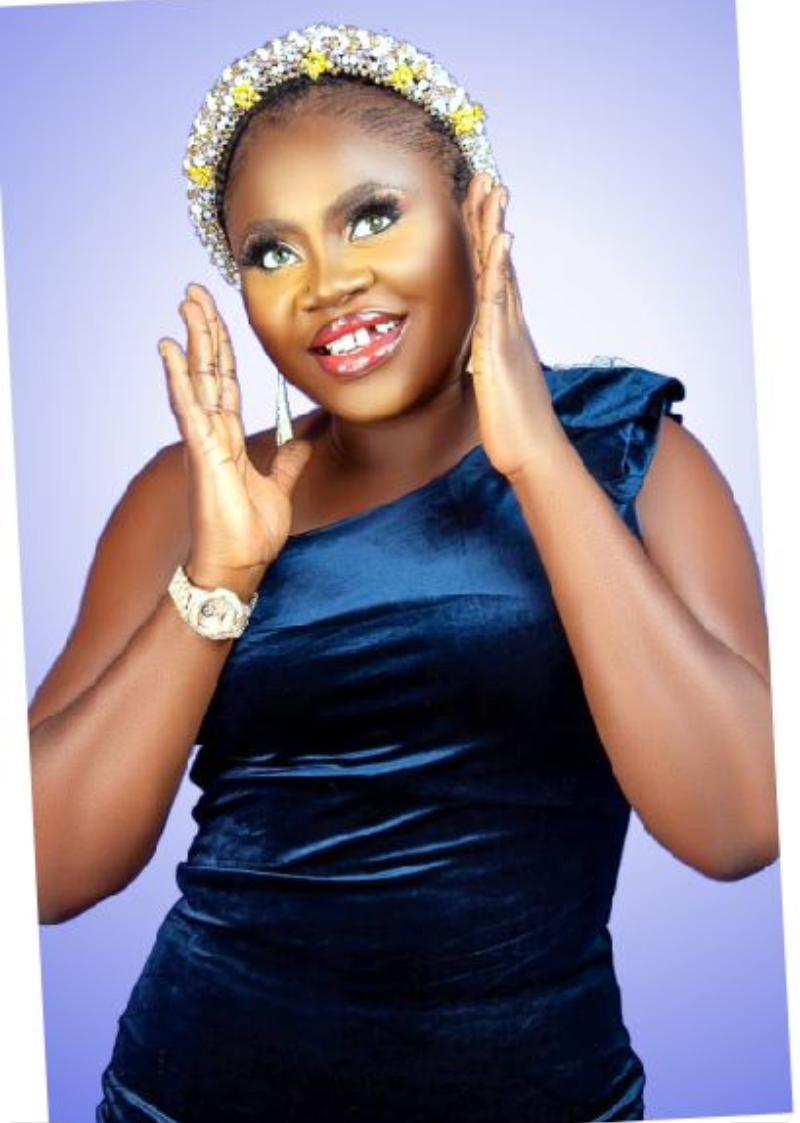 I would love to marry Don Jazzy – Actress Kubra Deborah

However, The Clinic Matters star is not happy with the situation in the movie industry saying roles are no longer gotten on merit.

The graduate of Geography and Regional Planning from the Ambrose Alli University says she’s single by choice.

In this chat with THE NATION’s SAM ANOKAM, Emokpaire explains why she is crazy about top music producer and singer, Don Jazzy.

HOW LONG HAVE YOU BEEN IN THE INDUSTRY?

Though, it has been a kind of on and off thing but so far, I have been in the industry for 10 years.

CAN YOU TELL US SOME OF YOUR WORKS?

Most popular series is ‘Clinic Matters.’ My character, Sikira, was well accepted and loved by a lot of people.

I have also done other works like August Meeting Madness, Everyday People, Cross Roads, Tweeters, Romeo Without Juliet, Tarima, Fantastic Three, Deadly Rivalry, My Reflection and a host of other movies.

WHAT IS THE CURRENT SITUATION IN THE MOVIE INDUSTRY?

It is not as it used to be. It is a whole lot more difficult than it used to be but with hard work and dedication, I’m sure we are going to conquer it.

A lot of people who do not have a business in this field are the ones running it now. It makes it difficult for a lot of us who really have the passion to even get jobs. But I am sure we are going to stand the test of time.

Most directors do not give roles based on merit anymore. They have so much compromised standards to the extent that roles are now given to people that have money to pay for roles. Now the industry has deteriorated so bad that you don’t act to get paid, you pay to get featured.

ARE YOU PART OF THOSE WHO DO THAT?

I will never do that because I believe so much in my merit. I cannot pay you to use my talent, it is not done. It is a taboo.

SO, HOW IS NOLLYWOOD THRIVING?

We thank God for the internet now. The movie industry has gone digital. Everybody can produce and put on the cyberspace.

Marketers do not have the monopoly of production anymore. That makes it easier for people like us to step in as producers and with the advent of this digital market, it has given a lot of us opportunity to showcase what we have and that is the hope of Nollywood right now.

HAVE YOU PRODUCED ANY MOVIES SO FAR?

Yes, I have. I have produced two. Both are royal epic movies. They didn’t do so well, I would call them my learning productions. So the subsequent ones I am going to do because I am planning one for next month would be bigger and better because I have gathered experience.

HOW WOULD YOU DESCRIBE YOUR EXPERIENCE?

It wasn’t bad. It was a learning process. I put people in charge of it and I watched them squander my money though it is not a problem because I learned a lot. Now if I am going to do another production, I would do it by myself. I won’t need anybody to run it for me. It was actually a learning process for me.

WHICH PROJECT ARE YOU ON?

I am at Mr. Abubakar Sanusi’s set. We are shooting ‘German wife.’ I happened to be the

German wife on that set. We have actors like Ijeomah Imoh, Nosa Rex, among others.

HOW HAS YOUR FAME BEEN IN NOLLYWOOD?

It has been a roller coaster ride, up and down but we are still here.

FROM YOUR OWN EXPERIENCE, WHAT WOULD YOU SUGGEST THAT WOULD MAKE NOLLYWOOD GET TO THE NEXT LEVEL?

We should keep sentiment aside and give roles to people who genuinely merit it. What is killing the industry is sentiment, clique, my personal thing – a cartel which if you don’t belong, you won’t be given a role and you know I can interpret this character better than your friend and maybe the person is your friend or has paid you some money, you manage the person.

They should stop managing actors. If you do not have what it takes then acting is not for you. Stop cutting corners and give roles to those who genuinely merit it. Let the professionals in the game do it. Those that are born to do this.

These people are not actors, they want to get famous. They come in and go as far as buying cars for producers, throwing money around. Instead of a director to give you a job, they decide to give it to somebody who has paid.

ASIDE FROM MOVIE MAKING, WHAT ELSE DO YOU DO?

I am a writer, a designer. I make nice clothing and it is lucrative

WITH YOUR POPULARITY, HOW DO YOU BUY THINGS AT THE MARKET?

It is not easy. I don’t go to the market to buy things I send my younger one though she too is in the same field with me. I just send measurements and pictures and she gets the job done.

I am going to do music before I retire. I like rap. I do rap. I will venture into rap music very soon. You don’t really need a record label for a start.

I am as single as the word single. I am single by choice. I don’t want to jump into anything. I have had a lot of bad experiences. So I am taking my time because my next relationship would definitely be my last. I am enjoying my freedom for now.

When I was growing up I used to be a tomboy so I had a lot of women on my case. That was the reason I started dressing like a lady.

WHO IS YOUR CRUSH IN NOLLYWOOD?

I don’t have any crush in Nollywood but in the music industry and he is Don Jazzy.

What part of your body do you cherish the most?

Every part but my eyes and lips especially

WHAT DO YOU LOOK OUT FOR IN A MAN?

I love sincerity, just be presentable and smell good. Your personality is what matters to me.

What’s your plan for the next 10 years?

I want to get to the zenith of my career as an actress and an award-winning producer and as a scriptwriter, maybe one of the best female directors.

WHAT IS YOUR MOST CHALLENGING ROLE?

It was my character on the set of ‘Untamed.’ I played the role of a hard core lesbian. It was difficult for me because we had a lot of kissing on that set. It was very difficult at first but the moment I entered my character, I delivered.