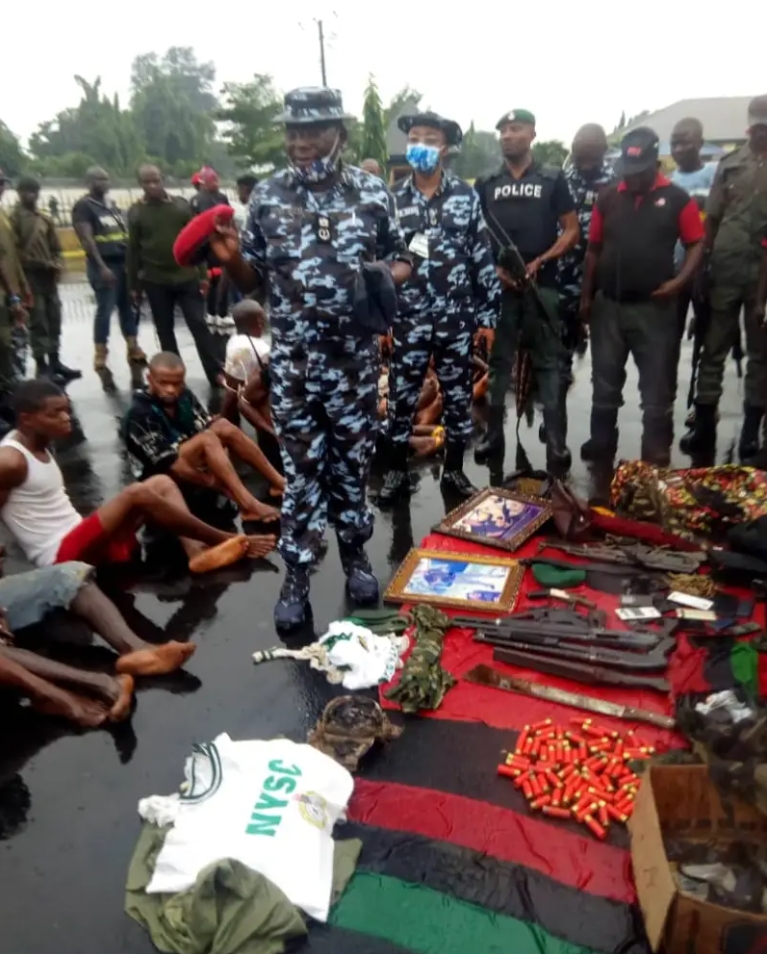 …Masked suspect vows to expose members of ESN in Orlu

The Imo State Police Command on Sunday, paraded 29 suspected members of the Eastern Security Network, ESN, allegedly planning to attack the State ahead of the Sit-at-home order by the Indigenous People of Biafra, IPOB, on Monday.

The State Commissioner of Police, Abutu Yaro, who paraded the suspects at the Command’s headquarters in Owerri, said they were arrested at the various camps of ESN, in the State.

Yaro, said the Police got intelligence of the planned attack and deployed the tactical teams of the command to apprehend the suspects from their hideouts.

Also, among the arrested were three women who were alleged to be offering catering services to the members of ESN.

According to Imo CP, “We got information that they have concluded their plans to launch an attack in the State as a way to enforce their sit-at-home order and we moved our men to action and unfortunate for them all, they were captured in their different camps of ESN, in the State. Also, arrested were some women who offer them catering services.”

“I am glad to report Imo has remained largely peaceful. We have security measures to ensure everything is secured.

“We are not unaware that there are some people bent on trying to destroy it. However, a lot of mileage has been scored and Imo still remains a leading light. We are not relenting. We must always be ahead of them.”

In another development, one of the paraded suspects, who was masked confessed to being a member of the ESN. He claimed that “I am a member of ESN, the Police arrested me in Orlu, I have repented from all the evil things I have done and I have decided to work with the Police to expose the activities of members of ESN in Orlu local government area, especially the killings going on there.”