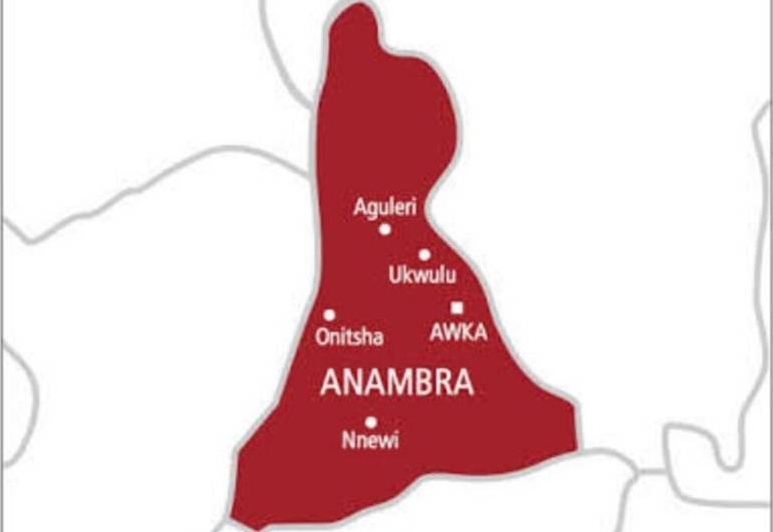 THERE was jubilation in Anambra State last week when information filtered in that the state had joined the prestigious and buoyant league of oil producing states in the country.

The journey to the new status began on August 30, 2012 when the then President of Nigeria, Dr. Goodluck Jonathan commissioned the multimillion naira Orient Petroleum Refinery at Aguleri Otu in Anambra East local government area of the state.

The refinery project was initiated by the Governor Chinwoke Mbadinuju administration with a board of directors headed by the former secretary general of the Commonwealth, Chief Emeka Anyaoku. In fact oil was first struck in the location about 55 years ago by the multinational company, SAFRAP, which later became Total Plc and it took many years to discover the crude in large quantity around the Anambra basin. At the time of the commissioning, Orient Petroleum had the capacity to produce 55,000 barrels per day.

To the delight of the people of the state, President Muhammadu Buhari has already approved Anambra’s new status a petroleum-bearing state. The president’s approval was contained in a letter to Governor Willie Obiano , which the president’s Chief of Staff, Professor Ibrahim Gambari, signed. Saturday Vanguard gathered that the letter was in response to an earlier one by Governor Obiano dated August 24, 2021 in which the state government requested President Buhari to officially declare Anambra as both oil and gas-bearing state.

With the declaration, Anambra State is henceforth automatically entitled to 13% derivation of the sale of petroleum products from 11 oil wells in its territory, namely, Nzam-1, Alo-1, Ameshi-1, 2, and 3, and Enyie-1, 2 , 3 and 4. Anambra State Commissioner for Information and Public Enlightenment, Mr. C Don Adinuba said the president has also upheld the decision of the Revenue Mobilization Allocation and Fiscal Commission that the 13% proceeds from oil and gas resources from Anambra 1, 2 and 3 oil wells be shared equally between Anambra State and the neighbouring Kogi State until the boundary dispute between the two states is settled.

According to Adinuba,the president’s decision has been conveyed to the Minister of State for Petroleum Resources, Chief Timepre Sylva; the chairman of the Revenue Mobilization Allocation and Fiscal Commission, Mr. Elias Mbam; and the Minister of Finance, Budget and National Planning, Hajia Zainab Ahmed, for immediate action. He also stated that the information has also been conveyed to Governor Ifeanyi Okowa of Delta State and his counterparts in Edo and Kogi states, Mr. Godwin Obaseki and Alhaji Bello, respectively.

Governor Obiano, who was elated at the development described the president’s decision as wise and swift following the letter he wrote the him. Obiano said: “It has been a tough, relentless and strategic battle which our administration waged on behalf of the people of Anambra State in the last two years when we received intelligence reports that Sterling Oil Exploration and Energy Producing Company of India has not only illegally and surreptitiously been producing oil since 2014 in the twin towns of Ogwuaniocha and Ogwuikpele in Ogbaru local government area without conducting the statutory environmental and social impact assessment but also attributing the petroleum resources produced from these places to Delta State”.

”Despite all we did to resolve the matter amicably with the Indian firm, it refused to cooperate which necessitated us to drag them to the Nigerian National Petroleum Corporation, the Department of Petroleum Resources which regulates the petroleum industry, the office of the Minister of Justice and Attorney General of the Federation and the Federal Ministry of the Environment”.

While thanking the Anambra people from different walks of life for their massive and strategic support during the struggle to give Anambra State its due in oil and gas production in the country, Chief Obiano singled out some individuals from the state for their outstanding roles in the campaign. He named such people to include Dr Charles Ofoegbu, a geophysics professor; Engineer Frank Edozie who used to work with the Department of Petroleum Resources; Professor Solo Chukwulobelu who is the Secretary to the State Government; Dr Theresa Obiekezie, the Commissioner for Youth and Creative Economy who is also a geophysics professor; Mrs Patricia Igwebuike, the Special Adviser to the Governor of Legal Matters and Petroleum Resources; as well as Mr Arinze Awogu, the Transition Committee chairman of Ogbaru local government area, who, in one way or the other, contributed towards the state’s new status.

“No sooner the refinery began production than the Aguleri Otu people were attacked by the neighbours in Ibaji local government area of Kogi State, leading to loss of lives and huge assets as well as other serious developments. We are confident that the ownership of the oil wells currently in dispute will be resolved in favour of Anambra State when the boundary dispute between Aguleri Out and Ibaji is settled by the National Boundary Commission”, he said.

During the visit, Emuh said the communities producing oil and gas in the country were happy with the three percent allocation as contained in the PIA as a starting point, adding that the concern of the host communities is that the allocation should be properly managed to their benefits.

Emuh said: “The complaint by some stakeholders in host communities that 3% is not enough is their right. Anybody can complain, but what should concern the people is that NDDC is given 3%, host communities 3%, there is Presidential Amnesty Programme, the Ministry of Nigeria Delta Affairs gets 13% derivation for oil producing states and all these put together has been mismanaged. So the issue is not about 3%. Even if it is 10% or 20% the question is who manages it? That is what matters.

“As the national chairman of host communities, I implore our people to sheathe their sword so that we can work together and come up with an innovation that will properly make use of this money allocated to us to bring about development so that what happened in NDDC will not happen to this 3% for host communities.

“We did not get the 13% derivation for oil producing states from day one; we started with 1.5% until the late Sani Abacha brought it to 13%. I am sure there will be upward review in future. For now, we are celebrating the 9th national assembly for a job well done and President Muhammadu Buhari for being magnanimous. In fact, he is the best president that had ever ruled this country as far as the host oil communities are concerned because he has enacted laws that benefit us and our generations unborn.

“This 3% will be going directly to the host communities through the Host Trust Fund Commission created by the national assembly. The benefits derivable from this are numerous. There will be industrialization through conversion of gas to energy, empowerment in agriculture for the host communities and other things they will be enjoying.”

Already, many host communities have registered agricultural companies to float big farms in their areas with the support of foreign partners; including the European Union, EU, which he added, is totally in support of host communities guarding pipelines and supporting the president’s diversification in oil and gas.

The Ministry of Agriculture will be supplying the host communities seedlings free of charge and give them waiver for other agricultural inputs. The whole idea, Emuh said, is to ensure that host communities do not lack food all year round. Anambra State has become part and parcel for all the programmes and in this state, we are looking at production of cassava and rice in swampy areas of the state, going forward.

The Anambra State chairman of HOSTCOM, Mr. Okeke Ugwuonwa said he was happy the battle had finally been won. “Anambra State joined the group about eight years ago and since that time, we have been fighting to get our rightful position and we thank God that everything has become a success despite the obstacles,” Ugwuonwa said.

One thought on “Just In: Anambra joins league of oil producing states”