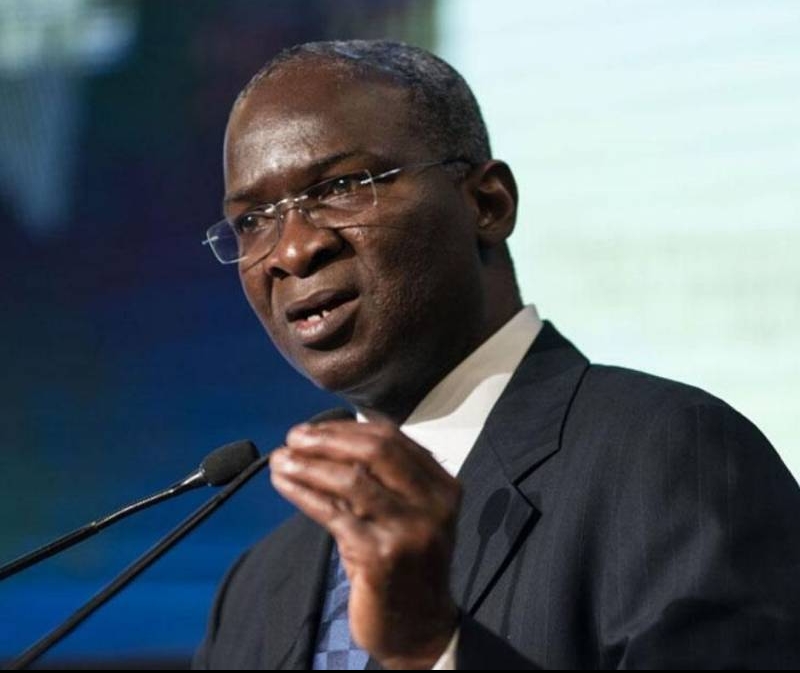 Just In: Federal Government to reintroduce toll fees on highways

The Federal Government yesterday announced that it was set to reintroduce toll collections on some selected dual carriage highways across the country.

The government also said that diplomatic vehicles, tricycles, motorcycles, military and Para-military vehicles will be exempted from paying tools.

This is coming 18 years after the administration of President Olusegun Obasanjo dismantled all toll plazas on federal roads across the country in 2003.

The Minister of Works and Housing, Babatunde Fashola stated this while briefing State House correspondents at the end of the virtual Federal Executive Council, FEC, meeting presided over by Vice President Yemi Osinbajo, at the First Lady’s Conference room, Presidential Villa, Abuja.

The Minister said only 14.3 per cent of the entire 35,000 kilometres federal roads that are dual carriageways will be eligible for tolling with vehicles paying between N150 and N500 per trip depending on their make.

The Minister said his Ministry presented a memo which the Council approved for tolling to be reintroduced on dual carriageways of the 35,000 kilometres federal roads.

He added that dual carriageways represent only 5,050 kilometres out of the total 35,000 kilometres.

According to him, “So the total network of roads today, assuming we wanted to start today, which we’re not that will be eligible for tolling on the federal network will be 14.3 per cent of the total network. So 85.27 per cent will not be eligible for tolling. We have seen that most of those dual carriageways also have alternative roads, but they are single carriageways that’s why we left them. So the only exception to single carriageway are some bridges and they are listed in the regulation.”

He said with the FEC giving a go-ahead for the reintroduction of toll plazas in selected roads, modalities were being worked out to determine how soon the tolling system will take off.

His words: “The Ministry of Works and housing presented a policy memorandum for the approval of federal roads, bridges, tolling policy, and also a regulation that will provide legal framework for the tolling policy. So we have taken another step. So let me be clear, tolls are not going to start tomorrow. So let us be clear about that.

“But the big step to actual tolling was taken today (yesterday) by presenting for approval the broad policy that will guide the tolling so that local people, states, local governments, all those who manage roads, investors who want to come in, will know what our tolling policy is. And that will form the basis of their financial modelling, their investment decision.”

Fashola emphasised that the open tolling system to be introduced will not commence until the affected roads are put in good shape, while agreements as to how the plazas will have to be negotiated with relevant government agencies.

He said: “First of all, the toll will not start until roads are motorable. So let’s be clear about this.

” There will be agreements that have to be placed, negotiated with the government through the Ministry of Works and the Infrastructure Concession Regulatory Commission. Some of the highlights are that we will adopt an open tolling policy as distinct from a closed tolling policy. The difference is that only open tolling policy, which is what we were used to before you pay to at a barrier over a fixed or predetermined distance.

“The close toll systems means that you will pay tolls over the distance you travel and the size of your vehicle. We haven’t operated that before. So we are going back to what we know. We also approve that consultations must be done. Willingness to pay surveys must be done before specific roads are tolled.”

Fashola explained that the toll collected apart from being used to maintain the roads will also be used to construct new ones while the toll system will be electronically driven for transparency.

He said, “We also got approval that the toll will be used to maintain roads, to construct new roads as they accrue and also to pay the investors who invest in building or completing a road and then take a concession on it. Those are the uses.

“We will also be going through a process of largely electronic toll collection and management system for audit and transparency. We’ll still have some cash at the very many more and hopefully phased that out as we go ahead.”

On the vehicles to be exempted from paying tolls, he said, “We have proposed and the council has approved that certain types of vehicles be exempted for paying tolls. Those are bicycles, pedal cycles, try cycles, motorcycles, and others that have two or three-wheeled transport used mainly by disadvantaged members of our community, they will be entitled to a full 100% exemption, as will be diplomatic and military and paramilitary vehicles.

“We concede this as a national policy that’s why we’re making a very general framework. So that states can also decide subject to their local laws, local government can do their own tolling based on all of these considerations as a broad framework.”

Fashola emphasised that the government consulted widely with both stakeholders in both the public and private sectors before agreeing to reintroduce toll on federal highways.

“Some of the people you might wish to know are members of the National Assembly, the Senate, and House of Reps committees oversight us so that they can take this feedback to their constituents. We had consultations with the Office of National Security Advisor, Bureau of Public Enterprises, the Ministry of communication and the digital economy, which will be helping us with the electronic and digital aspects of it.

“We also then met with those who are affected by the tolls themselves, Ministry of Transportation, who supervises a part of the transport business and then the road transport employers Association, the National Association of road transport owners (NARTO) and National Union Road transport workers (NUTRW) and Ministry of Trade and Investment, the Federal Competition and Consumer Protection council. These are some of the people who have made very useful input which has been embedded in some policies that I have spoken about.”

He added that vehicles plying the tolled highways will pay between N200 and N500 per trip depending on the capacity of the vehicle.

He said, “We need to have a kick-off policy. So we’ve classified vehicles into five categories, cars, SUVs and jeeps as a second category. Private bus and commercial bus as third and fourth categories. And then luxury buses and trucks as a fifth category.

“Now I think it is important to share with you how we arrived at these prices. Some of these prices were recommended by the operators themselves that I said we met. Some of them were also obtained from a survey we did across the six geo-political zones, talking to households and talking to people in the garages, motor parks and all of that, which was quite extensive. We covered about 17 or so states or 22 states out of the national framework just to get a sampling of what people felt.”