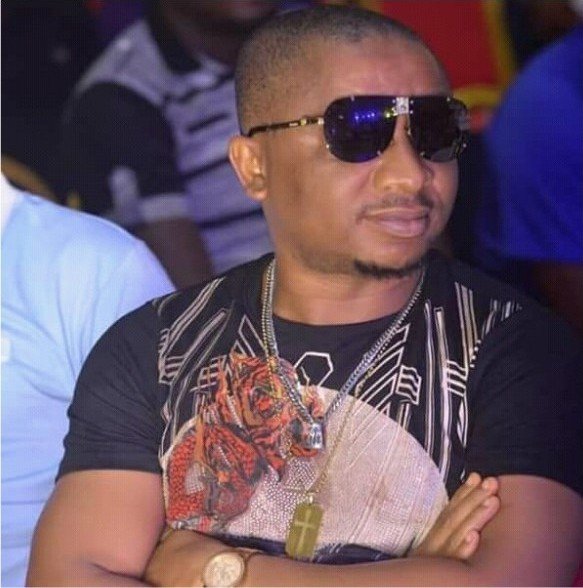 Captured at his Gateman’s birthday

When a man aids the needy and less privileged without any political interest nor reward… He is said to be more than a philanthropist.

This ‘Helping Hands Habit’ has been the modus operandi of a humble humanitarian from Ndi-Ekwuru Imenze of Okigwe LGA, Imo state popularly known as Nke Nke Enyi Izuogu 1-12.

It is not a gainsaying that several lives have been touched and changed for better through his benevolence lifestyle.

Last week on the 12th Day of October, 2018 he stormed the social media through one of the largest Facebook groups in the South East Nigeria called ‘Okigwe Arena’ as he celebrates his Gateman’s birthday.

This is first of its kind in Nigeria that a man openly celebrates his Gateman’s birthday.

Hear him as he addresses the public on the occasion….

Kindly Join me this day 12th Day of October 2018 to wish Happy birthday to a promising young boy Vyatman Lipdo Wuyep James who 8 years ago left his Gazum District Langtang North Jos home seeking for a job as a maid guard in my home and as the years rolled by became part of my household. Am celebrating my security man who has turned to a brother and who has threatened to kill himself if I ever ask him to go but has shown optimum dedication and love in the discharge of his functions and duties.

Wuyep Gold Silver Diamond I have not…..but I strongly believe that my promise to you last year

that by your next birthday .. You must have learned a trade that will put food on your table when.you marry outside maid guard job. The fulfilment of that promise and my ensuring that your parents are ok and comfortable in Jos are your birthday Gift. This is because of your continued zeal passion commitment and care in all things that concern me.

I am.delighted that your life and the life of your family in jos has changed for good because of your relationship with my foundation and your dedication.

May your light continue to shine and your days filled with laughter as you move up in life.

Ifeanyi Onyenankeya….Kindly make the arena very HOT this evening from 8pm and ensure you share airtime of all networks for people to recharge and load their data.

This action has erupted thousands of comments on the media as culled from some people’s wall….

Victor Obeta> What other love could be more than this ?

Show love to somebody today no matter the level, class, status.

A lesson indeed to many..

He went further to gift many items to the public in the spirit of celebration as noted by the group admin below….

In Addition To Their Cash Gifts..

Powered Nke Nke Enyi Izuogu As He Celebrates His Gateman..

I broke down reading this security man’s comment. @nke_nke_enyi_izuogu God bless you sir.

Let’s celebrate people when they do something outstanding

It is worthwhile to note that Nke Nke Enyi has an NGO known for humanitarian services called ‘NKE NKE ENYI IZUOGU FOUNDATION FOR THE NEEDY AND THE AGED’.

4 thoughts on “Nke Nke Enyi Izuogu: more than a philanthropist”