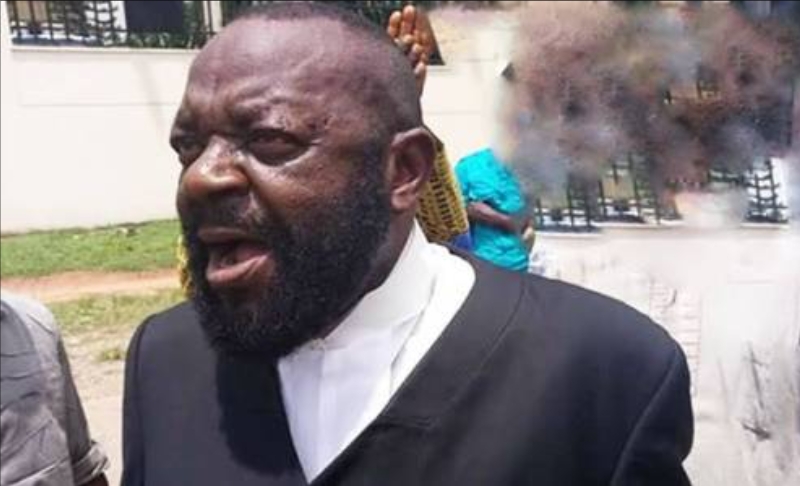 Aloy Ejimakor, legal counsel for Nnamdi Kanu, leader of the Indigenous People of Biafra (IPOB), has said that what Nigerians should expect on Monday at the Federal High Court in Abuja “is not a trial but what lawyers call ‘taking a plea’”.

Ejimakor revealed this in an exclusive interview with SaharaReporters on Sunday while speaking about his expectations regarding Kanu’s trial, which is expected to commence on Monday.

The legal practitioner also stated the Nigerian 1999 Constitution provides for self-determination and also the right to life, adding that the Nigerian government will have no choice but to dialogue with the pro-Biafra separatist leader.

He, however, appealed to the supporters of the detained IPOB leader not to flout the provisions of the rule of law as they plan to storm Abuja to show solidarity with Kanu.

Kanu will resume his trial suspended in 2017 at a Federal High Court in Abuja on Monday, bordering on charges of terrorism, treasonable felony, illegal possession of arms, among others levelled against him by the Nigerian government.

He has been in the detention of the Department of State Services (DSS) since he was abducted in Kenya and extradited to Nigeria, after his brief appearance before Justice Binta Nyako on June 30.

Speaking on what to expect, Ejimakor said, “My message to all supporters of self-determination and even to the Nigerian government is simple and that is: Everybody should be guided by the rule of law pertinent to why Nnamdi Kanu is facing these tribulations.

“That pertinent rule of law is clearly stated at CAP A9, Laws of Federation of Nigeria, where it is stated at Article 20 that: All peoples shall have the right to existence. They shall have the unquestionable and inalienable right to self-determination. They shall freely determine their political status and shall pursue their economic and social development according to the policy they have freely chosen.

“Above is the fulcrum of every other crime the Nigerian government is alleging against Kanu. Therefore, once the government recognises that what is driving Kanu is recognised or protected by the laws of Nigeria, it will see that the only option is to pursue the path of dialogue, instead of this fruitless trial of Kanu or the levying of violence against IPOB members.

“I am saying this because the same law that legalises self-determination also requires the federal government to accommodate it. Article 1 of that law provides that Nigeria ‘shall recognise the rights, duties, and freedoms enshrined in the Charter and shall undertake to adopt legislative or other measures to give effect to them.’”

The lawyer also stated that he expects to be ironed out, the application against Kanu’s transfer from the custody of the secret police to prison custody for him to have better medical care.

“What is expected on Monday is not a trial but what lawyers call ‘taking a plea’. But going by what the Attorney General (Abubakar Malami) has been saying, there is a real prospect of a re-arraignment on the amended charges that may be brought.

“Should that happen, the most natural reaction is to take an adjournment to study the new charges and advise the defendant on how to plea. In such an event, the court is expected to use the opportunity to dispose of any interlocutory applications that are pending.

“In this case, the application expected to be disposed of is the one concerning the transfer of Kanu from DSS custody to prison custody where it is hoped that better medical care and social contact will be available to him,” Ejimakor said.