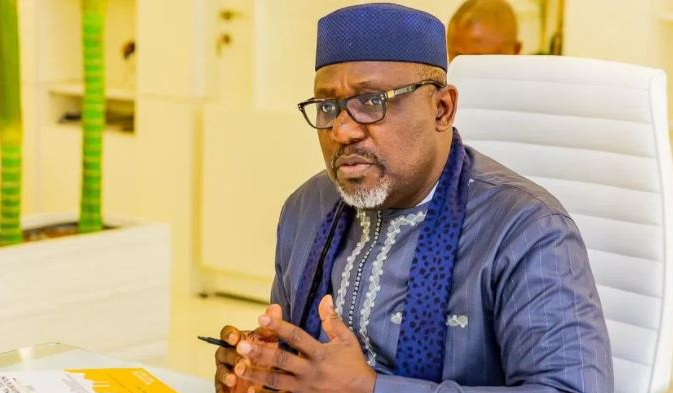 Former Imo Governor Senator Rochas Okorocha has declared there was no All Progressives Congress(APC) in the State because there is a substantive Appeal Court judgement on the executives of the party.

Okorocha and others in the opposition camps, including Senator Ifeanyi Araraume boycotted the State Congress on Saturday.

Reacting, Okorocha said through his Media aide, Sam Onwuemeodo that in addition to the substantive appeal court judgment, “there is an appeal pending in the Supreme Court over the issue.

“What are we going to talk about the said congress nobody builds something on nothing.

“There is a substantive appeal court judgment on the exco of the party in Imo State, it is not in doubt.

“In addition, an appeal is pending in the Supreme Court and the case has not been decided and somebody said he is conducting a congress.

“We won’t waste our time reacting on such issue, the governor knows and everyone knows that nothing happened. What they had on Saturday probably was a birthday party probably in advance for the governor. Nobody is celebrating anywhere even among their own group, do you see anybody celebrating.”

Though the congress was conducted under peaceful atmosphere, an unusual calm pervades opposition camps over the conduct of the Congress in the State.

In Araraume’s camp, everybody is keeping mum over outcome of the election that produced a former General Manager of Environmental Transformation Commission (ENTRACO), MacDonald Ebere as chairman.

A source told The Nation: “We are still watching the event and we will comment at approximately when the time comes.”

Senator Araraume was recently given a board appointment in NNPC by the Federal Government.

One thought on “No APC Congress in Imo state, Okorocha declares”