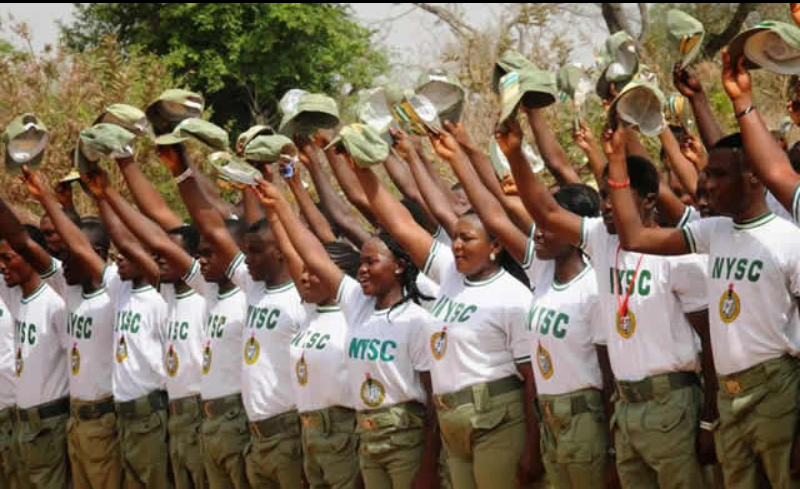 Sixteen members of the National Youth Service Corps (NYSC) serving in Anambra are to repeat their service year while three others will serve various terms of disciplinary measures.

The Anambra NYSC Coordinator, Mr Ebenezer Olawale, who made the disclosure on Thursday in Awka, said no formal passing out ceremony was held in the state.

Olawale added that certificates were issued at the various local government NYSC offices.

The News Agency of Nigeria (NAN) reports that 2, 158 corps members successfully concluded their service year and were issued with discharge certificates.

NAN also reports that seven deserving corps members won the Governor’s Award, while four went home with the Chairman’s Award as the youth members passed out on Thursday.

The coordinator congratulated the outgoing corps members but regretted that 19 of them were to face disciplinary measures, with 16 repeating their service, while three would serve extension of between two and four months.

On the upcoming Nov. 18 governorship polls in Anambra, the NYSC coordinator said that the body still had enough manpower to take care of its expected role in the election. “There are no fewer than 8,000 corps members currently serving in the state,’’ he said.

Olawale noted that his office would work with the NYSC offices in neighboring states to Anambra to take care of any shortfall in the provision of personnel for the election.

He said the discharged corps members who wished to take part in the election were at liberty to stay back but no one was under compulsion to do so.

Meanwhile, the Director-General of the NYSC Brig.-Gen. Suleiman Kazaure, will visit Anambra to address corps members ahead of the governorship election.

Olawale told NAN that Kazuaure would hold a one-day interface with the corps members on Nov. 7 alongside heads of other security agencies in Anambra at the Alex Ekweme Square in Awka.

According to him, the director-general’s visit was largely to speak to the corps members who would serve in ad-hoc capacity during the election on the need for them to be neutral. (NAN)

The National Youth Service Corps (NYSC) has ordered seven corps members deployed in Abia for the Batch ‘B’ Stream 1, 2020/2021, to repeat their service year for various offences.

The NYSC State Coordinator, Denis Jingi, said this on Friday in Umuahia during the passing out event and presentation of certificates to outgoing corps members.

Mr Jingi, represented by the Assistant Director, Planning, Research and Statistics, Caroline Chukwu, said two others also got an extension of their service year for some infractions.

He said that 792 corps members passed out, adding that five received commendations for their meritorious service.

The passing out, earlier scheduled for Thursday nationwide, was shifted to Friday in the South-East because of the sit-at-home order by the Indigenous People of Biafra (IPOB).

One thought on “NYSC: Sixteen corps members to repeat service year in Anambra”