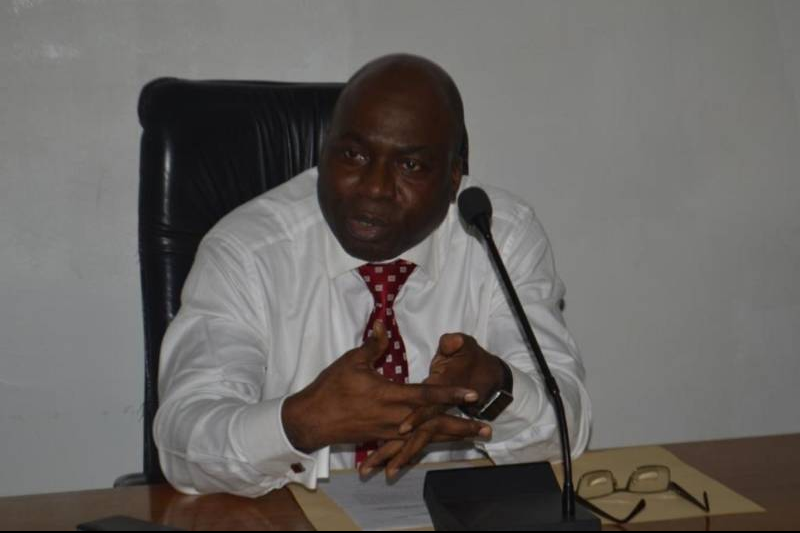 The Independent Corrupt Practices and Other Related Offence Commission (ICPC) on Thursday fingered some former employees of the Federal Capital Development Authority (FCDA) as real estate scammers in the FCT.

ICPC Chairman, Prof. Bolaji Owasanoye, said also that some members of the Real Estate Development Association of Nigeria (REDAN) were involved in real estate scams in the FCT.

He was briefing an ad hoc committee of the House of Representatives investigating real estate scams in the territory.

He said the ICPC had received many complaints and petitions bordering on forgery and cloning of land documents and double or multiple land allocations.

Owasanoye also told the committee that petitions were also received on non-delivery of projects, embezzlement of sourced capital and land racketeering.

Some more are a proliferation of land syndicates and speculators, marketing of fake layouts and fraudulent land allocations among others.

He added that members of REDAN who had been allocated huge plots of land for mass housing development in the FCT in collaboration with the Federal Government, also failed in the payment of counterpart funding.

He said that they rather resorted to offering and selling the estate plots to the highest bidders contrary to the government’s policy, adding that such abuses were hardly sanctioned by the FCDA.

The ICPC chairman also fingered officials of the Nigerian Securities and Civil Defence Corps (NSCDC) as co-collaborators in the scams and that the commission had successfully investigated and prosecuted them.

“The commission at different times successfully investigated and prosecuted errant public officers, including former employees of the FCDA, NSCDC, involved in the abuse of public trust and fraudulent real estate development,” he stated.

He added that some errant officials were also prosecuted on ancillary issues, which had further deepened the mass housing gap in the FCT.

Prof. Owasanoye told the committee also that investigations had led to the recovery of assets and funds which were considered to have been diverted and they were seized in public interest.

He added, however, that various petitions from off-takers, stakeholders, prospective buyers and the general public regarding real estate developers within the FCT and sometime beyond the FCT formed part of the number.

Mr Daniel Isei, a director at the EFCC also told the committee that investigations in the past revealed that proper profiling of prospective home buyers were not conducted in many instances.

“From our records we have registered more than 8,000 estate developers, and most of them do not comply with basic standard of identifying and verifying customers,’’ he said.

He added that there had been instances where people disguised as estate buyers, whereas they were buying as fronts for the real purchasers.

“Intermediaries are used to make payment which makes clarification a bit difficult,’’ he said.

Mr Femi Gbajabiamila, the Speaker of the House of Representatives, commended the efforts of the ICPC and EFCC in sanitising the sector.

He noted that hardworking Nigerians should not lose their money to fraudulent estate developers without consequence, adding that Nigerians were crying out over these sharp practices.

“We cannot turn deaf ears to their cries,’’ the speaker said.

FCT minister, Malam Adamu Mohammed, said the anomaly was a great concern to mass housing in the FCT, adding that the idea of mass housing was to reduce deficit and provide housing for the people.

“I hope the entire issues raised will give us the clue to deal with the situation; we must look at where we have challenges and move on to correct them,’’ he said.

Reacting to the submissions, Alhaji, Aliyu Wamako, REDAN president, assured that the association would take the necessary action to resolve the complaints.

He assured also that the leadership of REDAN would not condone any sharp practices by its registered members.

“No home seeker, off-takers, home buyer who has dealing with our members will be allowed to suffer any financial loss in an attempt to buy or own a home nationwide,’’ Wamako said.

One thought on “Shocking: ICPC fingers FCDA and REDAN in real estate scam”