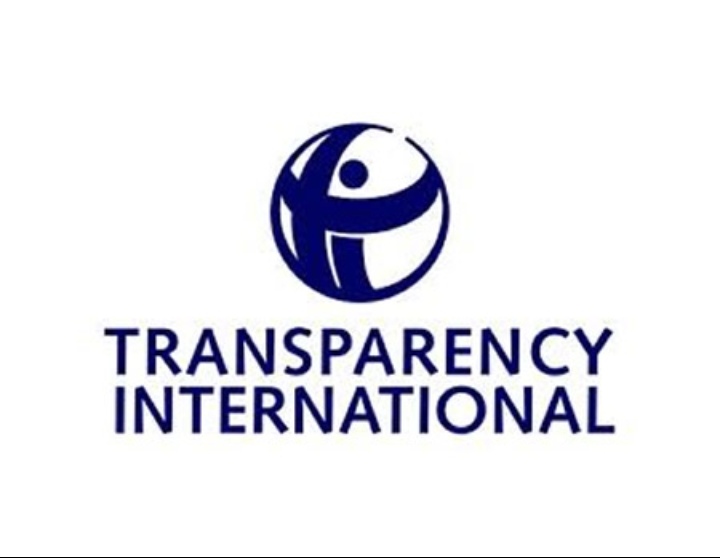 Shocking: Nigeria ranks 154 out of 180 countries

The report, which was exclusively released by the Civil Society Legislative Advocacy Centre (CISLAC), said Nigeria fell one point compared to the 2020 CPI.

A statement signed by the Executive Director CISLAC, Auwal Ibrahim Rafsanjani said the index revealed that Nigeria scored 24 out of 100 points in the 2021 CPI.

“In the country comparison for this year, Nigeria ranks 154 out of 180 countries – five places down compared to the 2020 CPI results.

The CPI aggregates data from 8 (eight) different sources that provide perceptions by country experts and business people on the level of corruption in the public sector.

“The index is completely impartial, objective and globally acknowledged as the most widely used cross-country parameter for measuring corruption,” the statement said.

The statement said the CPI result came at a point when Nigeria as a country is battling with rising nation-wide insecurity, high unemployment rate and damning revelations around public finance management by the auditor general and investigative journalists, amongst others.

It further said some of the basis that formed the report is “the “Non-Compliance/Internal Control Weaknesses Issues in Ministries, Departments and Agencies (MDAs)” report for 2019 published by the Office of the Auditor General of the Federation in November 2021, have left Nigerians in awe.

“The level of financial recklessness, abuse of budgetary processes, and failure of Ministries, Departments and Agencies (MDAs) in following the due process of appropriation is disturbing.

“For example, The Auditor General revealed that the sum of N49bn was spent by nine MDAs without appropriation by the National Assembly. This is in gross violation of section 80 (4) of the 1999 Constitution (As Amended).

“Recent revelations made on the 17th of January 2022 by BudgIT on the duplication of projects in the 2022 budget do less to palliate the pandemic corruption currently experienced despite a rising unemployment rate of 33%.

“The systemic corruption in the Nigeria Police Force has sadly continued unabated and with the police at the frontline of Nigeria’s criminal justice system with enormous powers to investigate and prosecute crimes.

This weakness puts the country in a bad light.

It further stated that “As a matter of fact, the Police was indicted by the Auditor General’s report on the “Non-Compliance/Internal Control Weaknesses Issues in Ministries, Departments and Agencies (MDAs) published in November 2021” and Nigerians are still struggling to understand how 178,459 arms and ammunition were missing from the armoury of the Nigeria Police without a trace. Of this figure, 88, 078 were AK 47 assault rifles and 3,907 assorted rifles and pistols.

“For context, these arms are enough to arm a force equivalent to about 25% of the current strength of the Nigeria Police at 370,000 which gives an explanation on the level of insecurity in the country.

“According to these findings, this shows a 52.3% rise in reported killings when compared to 2020. In addition to the above, the Auditor general’s report showed that over 17,000 police officers had future dates of employment with hundreds employed before their date of birth.

“Failure to Investigate High Profile Corruption Cases and Prevent Illicit Financial Flows (IFFs) Nigeria’s anti-graft agencies have made commendable progress in their efforts to combat corruption in 2021 with an increase in convictions.

“However, high profile convictions of Politically Exposed Persons (PEPs) across political, regional and any other form of the divide has fallen short of public expectations.

While we commend the arrest of cybercriminals and call on the anti-graft agencies to do more, there is a need to investigate high profile political cases including those of individuals who have switched political affiliations.

“A case in point is the Pandora Papers revelations whichi s one of the biggest ever corruption leaks led by the International Consortium of Investigative Journalists (ICIJ) and over 600 journalists from 117 countries, including Journalists from Nigeria’s Premium Times.

“A close look at the Pandora Papers published in 2021 reveals that Nigeria tops the African continent when looking at the number of those exposed.

Following the pattern of two previous leaks (i.e., the Paradise Papers and Panama Papers, which were released in 2016 and 2017, respectively), the Pandora Papers exposes systems and secrecy jurisdictions that enable and abate crime, corruption, and illicit dealings by politicians, billionaires, influential individuals, and their enablers globally.

“Absence of asset recovery, protection of whistle-blowers, and other key anti-corruption legal frameworks When it comes to asset recovery, Nigerian anti-graft agencies have made progress in recoveries, specifically those that have been finally forfeited.

“Sadly, the repeated failure to enact the Proceeds of Crime Act as a legal framework for the management and utilisation of recovered assets in Nigeria which is one of the key pillars of this administration’s anti-corruption strategy is inexplicable!

Yet, Nigeria is expected to incur a deficit of about N6 trillion on its 2022 budget.

“Quick wins like the establishment of a central database for asset recovery accessible to all citizens is yet to materialise.

While the government claims to have an asset recovery database, citizens and representatives from the media do not have access to this database to confirm its content.

This data is thus impossible to verify.

“Formerly known as the Audit Ordinance, the 1956 Audit Act which was enacted before Nigeria’s Independence limits the powers of the Auditor General’s office”.

One thought on “Shocking: Nigeria ranks 154 out of 180 countries”