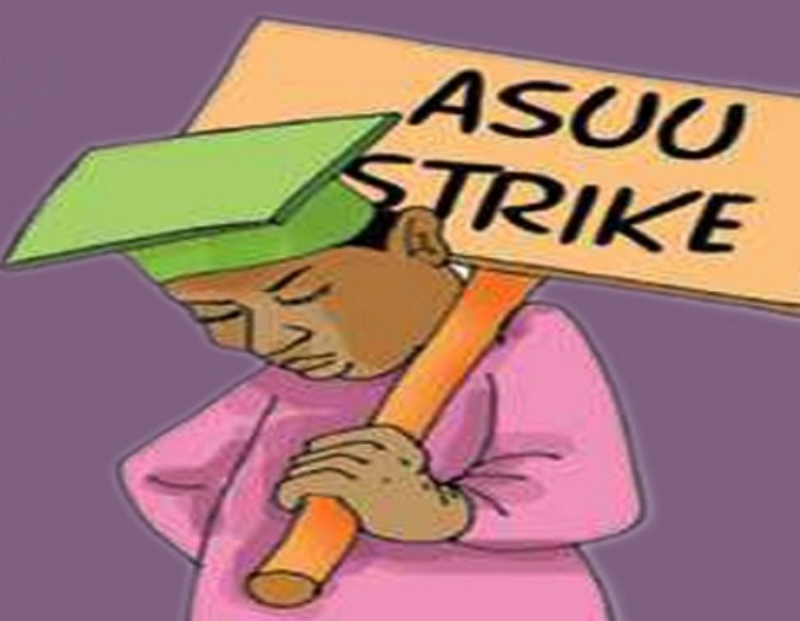 The leadership of the Academic Staff Union of Universities (ASUU) has handed down a 21-day ultimatum to resume its suspended strike over the failure of the Federal Government to implement the agreement reached with the union.

ASUU President, Professor Emmanuel Osodeke, gave the ultimatum on Monday in Abuja while briefing newsmen on the outcome of the National Executive Council meeting of ASUU held between November 13 and 14, 2021.

He warned that the National Executive Council of ASUU would meet on the expiration of the 21-day ultimatum to give necessary directive to its members to resume the strike he said was “patriotically suspended on December 23, 2021”, if the Federal Government fails to implement the Memorandum of Agreement (MoA) that led to the suspension of the strike.

He also spoke on the parlours security situation in the country, the worsening conditions of living and working in the Nigerian University System (NUS) and the nation at large the controversial professorship appointment of Dr Isa Ali Ibrahim (Pantami) at the Federal University of Technology, Owerri (FUTO); among others.

One thought on “Strike: ASUU issues 21 days ultimatum to FG”