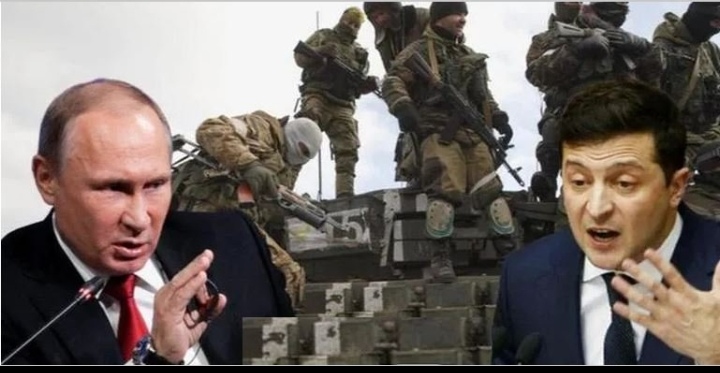 Here are the latest developments in Russia’s war in Ukraine:

The Polish, Czech, and Slovenian prime ministers will travel to Kyiv on Tuesday to meet with Ukrainian President Volodymyr Zelensky, the Polish government says in a statement.

The trip is intended to “confirm the unequivocal support of the entire European Union… and to present a broad package of support for the Ukrainian state and society,” Poland’s government says in a statement.

A 16-storey building in the Sviatoshynsky district and another in the Podilsk area were hit in the strikes.

A new round of talks will be held Tuesday by videoconference between Ukraine and Russia after discussions on Monday pause without a breakthrough.

Ukraine says it is demanding “peace, an immediate ceasefire and the withdrawal of Russian troops”, and President Volodymyr Zelensky says discussions on Monday were “pretty good.”

China’s foreign minister says his country “is not a party to the crisis, still less wants to be affected by the sanctions” in a call with his Spanish counterpart.

On Sunday, Washington expressed concern about “alignment” between Russia and China after marathon talks between US and Chinese officials.

While declining to directly address the reports, China has accused Washington of spreading “disinformation” about its role in the conflict.

A protester interrupts Russia’s most-watched evening news broadcast to hold up a sign saying “No War” and condemning Moscow’s invasion of Ukraine.

The woman is identified as an editor at the station and reports say she was detained after the protest.

Thousands of people in Russia have been detained for protesting against the conflict.

As Russian forces surround several Ukrainian cities, Moscow warns it could place them under the Kremlin’s “full control”.

Kyiv is hemmed in on two sides and drained of more than half of its three million residents with ongoing strikes on the capital.

UN chief Antonio Guterres warns that the world must act to prevent a “hurricane of hunger and a meltdown of the global food system” following Russia’s invasion of Ukraine.

Zelensky will address the US Congress by video link-up on Wednesday, House and Senate leaders Nancy Pelosi and Chuck Schumer announce.

The UN’s nuclear watchdog says power has been restored at Ukraine’s Chernobyl nuclear power station, the site of the world’s worst nuclear disaster in 1986.

It comes after activists broke into a London mansion linked to a Russian oligarch, and French police questioned three men who broke into a villa owned by President Vladimir Putin’s former son-in-law.

More than 160 civilian cars drive out of the besieged southeastern Ukrainian city of Mariupol along a humanitarian evacuation route, the city authorities say.

The successful evacuation comes after several failed attempts with Russian forces surrounding the port city on the Azov Sea.

Nearly 2,200 residents have been killed and heavy Russian bombardment has left 400,000 inhabitants with no running water or heating and food scarce, the authorities say.

UNICEF says more than one million children have fled Ukraine in search of safety and protection.