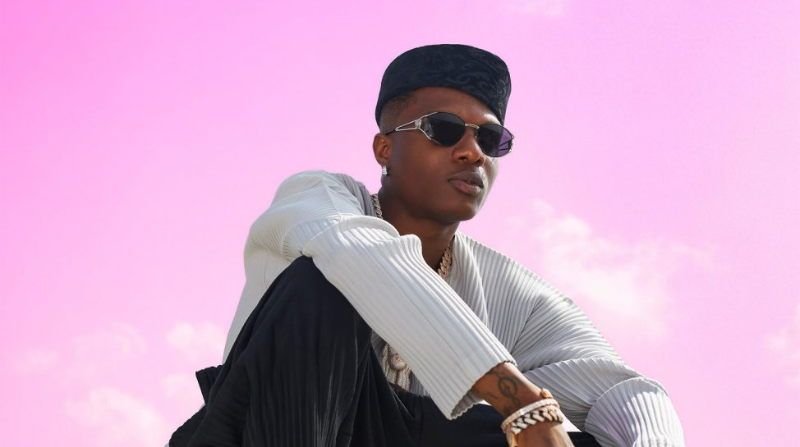 The Afrobeats superstar competed with other African musicians, including Tems (Nigeria) and Amaarae (Ghana), Diamond Platnumz (Tanzania) and Focalistic (South Africa), to win the award.

Congratulating the Essence singer on his win, organisers of the event via their Instagram handle, @mtvbaseafrica, wrote, “HUGE congratulations to BIG WIZ @wizkidayo for winning Best African Act! From Lagos to the world #MTVEMA #StarBoyHQ.

Accepting the award in a virtually recorded speech, Wizkid said, “I just want to say a big thank you to the EMAs for the award.”

The singer took to his verified Instagram story to share his win with his 13.2million followers. He posted a video snippet of this announcement as the winner of the category.

Music has the power to unite the world, and this year’s winner has truly embodied that concept with ground-breaking collaborations and inspirational messaging.”

“We are proud of all the artists nominated in the Best African Act category, and VCNA will continue in its promise to promote local talent across our platforms as we showcase the best of African music and culture to the world.”

Wizkid’s MTV EMA’s win complements his impressive run of achievements this year, including the global success of his Made in Lagos album, including the smash hit ‘Essence’ featuring Tems.

Last week, he was shortlisted for the Best African Music Act and Best International Act at the 2021 Music of Black Origin (MOBO) Awards in the UK.

Billboard Magazine in October confirmed that Made in Lagos had been submitted for the Best Global Album Award for next year’s Grammys, which his colleague Burna Boy won earlier this year.