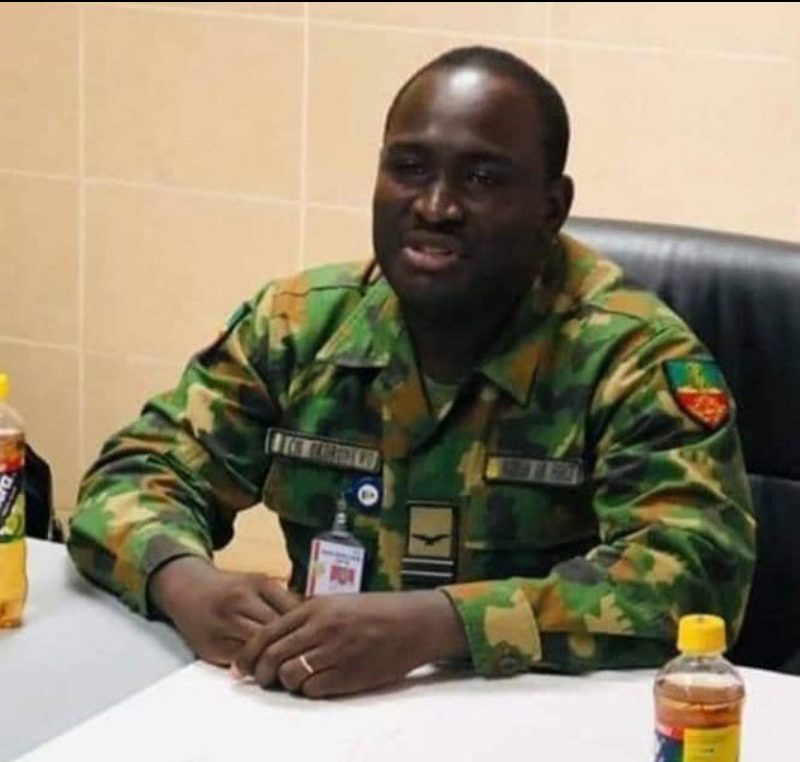 Revealed: How NDA was overpowered and invaded

Even in their wildest dreams, gunmen or whatever name they are called, tend to look before they strike. They choose and assess their potential victims ahead of any attack. They look at their chances of success when planning the attack and weigh it against any eventuality. They do this because they too are afraid of being killed or caught or exposed or attacked in return by the potential victim.

The easier the operation, the better for them. Go in easily and come out easily is their motto. Even a mad man does not want to die if he can help it. There is a method to the madness of these unknown gunmen, who we address variously as terrorists, insurgents, bandits, robbers and kidnappers these days. These gunmen are everything rolled into one. They have become a thorn in our flesh. There is probably no home today that has not felt the viciousness of these gunmen.

They kill, they maim, they rob, they rape, they kidnap. Even kids that are below the age of five and expectant mothers are not spared. They take them away and do not release them until they are paid ransom, which runs into millions of naira. As I write this, some school pupils kidnapped in Kaduna and Niger states at various times in the past 60 and 80 days are still being held. Pupils of the Baptist Bethel School, Kaduna, are being released in batches, just as their parents are able to raise the ransom.

The government that should ensure the sanctity of life; that should nip the kidnapping of its citizens in the bud, is rather threatening to criminalise ransom payment. It wants to punish those who pay for the release of their abducted children and other relatives. Is that the solution to the problem? The bigger issue of crime and criminality, which unfortunately, kidnapping is, has been left largely unaddressed. Distraught parents who sent their children to boarding school, with the belief that their safety is assured, are left wondering if they did any wrong in trying to give their kids good education. We are at the mercy of gunmen. Our nation is under siege.

From soft target, gunmen have since moved to difficult target, hitting military formations and offices of multilateral agencies and waylaying the convoys of governors. Only God saved the governors of Benue and Borno states, Samuel Ortom and Babagana Zulum, who some gunmen attempted to assassinate. The truth is the gunmen are growing by the day. They have become emboldened because they appear to be above the law. None of them has been known to be brought to book, not even when they attempted to kill governors.

Afaka in Kaduna State, which has a huge federal presence, has lately been in the news because of gunmen’s escapades in that axis. They were at the Federal College of Forestry Mechanisation and Federal Airports Authority of Nigeria (FAAN) Staff Quarters. In both places, they kidnapped people, among them pupils and women. Their victims were only released after the payment of ransom. All these happened right under the nose of the biggest federal institution in Afaka – Nigerian Defence Academy (NDA) – which was hitherto thought impregnable. The thinking was that no matter how mad a dog is, it will surely respect its owner. This dog does not know the face nor even recognise the voice of its owner.

These gunmen only listen to their own voice and inner mind. It is what they want to do that they will do, no matter the consequences. Can any sane person ever think of storming a military academy? Is that not suicidal? This is what these gunmen have done. They went into the lion’s den, not only to dare it, but also to kill and kidnap. They killed Lieutenant Commander Awolo and Flight Lieutenant C.M. Okoronkwo, who was described as head of Medical Laboratory. The gunmen went away with Major Stephen Datong. Shortly after the incident happened on Tuesday morning, the military said it was on the trail of the gunmen.

Many hours after, the nation has not heard anything about the arrest or otherwise of the gunmen. How did they gain access into the Academy? Sometime in 1992 or so, I was there on assignment for the opening of an eye hospital and I marvelled at what I saw. The NDA is not a small place. It is a community on its own, with a large expanse of land. It is not where a stranger without knowledge of the place can invade easily and escape just like that. Something must be wrong somewhere. What went wrong? This is the question, authorities of NDA must answer. They must have an answer to this worrisome breach of its security.

NDA, of all places, should not be prone to gunmen’s attack. If NDA, which is supposed to be a strong tower of refuge, can be easily penetrated by gunmen, where and who is safe, then? This is the question many have been asking on social media. It is a pertinent question. There is no Nigerian that will not be bothered by the attack on NDA because of the latent message in it. The message being sent across by the gunmen is that ‘look, your so-called secure institutions are not safe if and when we want to attack. So, relying on them for your security is not advisable’.

We have heard from the Academy and the Defence Headquarters (DHQ) on what happened at NDA. They said one and the same thing using different words. To the Academy, its security was ‘compromised’ and to the DHQ, the security was ‘breached’. The NDA’s statement, if I understand it well, connotes that some people within might have had a hand in what happened. Who are these people? It is left for the authorities to fish them out . But it is not comforting that there might be people inside an institution, such as the highly fortified NDA, working against its interest.

With such people in NDA and in other military formations, we have nothing to fear from the enemy outside because they have a foothold inside already. It is a shame that the gunmen escaped after the attack and are yet to be arrested as I conclude this essay, despite the massive manhunt for them. Is it that easy to invade a military institution and escape? It beats me hands down. As the Chief of Defence Staff (CDS) General Lucky Irabor, said in his reaction: ‘This madness must be brought to an end immediately’. It will be a shame on our nation if the perpetrators of this grave crime get away with it.

0
Inbut also to kill and kidnap. They killed Lieutenant Commander Awolo and Flight Lieutenant C.M. Okoronkwo, Federal Airports Authority of Nigeria (FAAN) Staff Quarters., Federal College of Forestry Mechanisation, Nigerian Defence Academy (NDA), not only to dare it, They went into the lion’s den, who was described as head of Medical Laboratory

One thought on “Revealed: How NDA was overpowered and invaded”