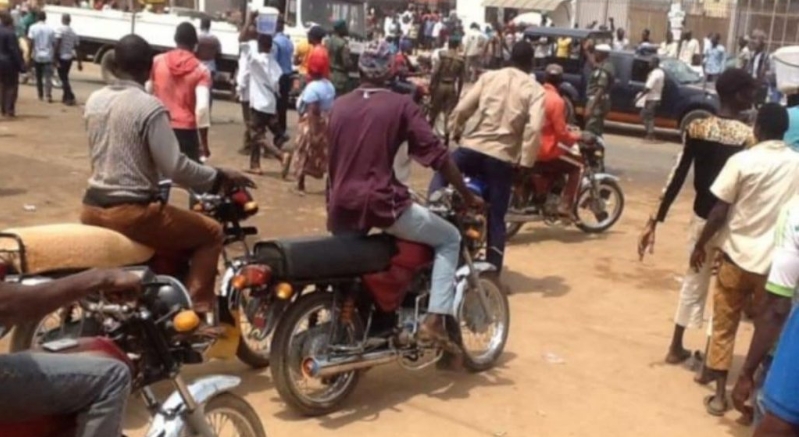 No fewer than seven persons were said to have been killed in a bloody clash between Hausas and Yorubas working as commercial motorcyclists at Dangote Cement Factory junction in Ibese, Yewa North Local Government Area of Ogun State.

It was gathered that trouble initially started between the Okada riders and the unions, who allegedly increased the ticket fee from N600 to N800.

Have you watched? Video: Lady begs Uber Driver not to go viral as she fails to pay N2,100

The incident, however, snowballed into an ethnic crisis between the Hausas and the Yorubas in the area.

In less than 24 hours of the crisis, seven persons have been reportedly killed.

The Ogun State Police Command has confirmed the incident on Tuesday.

Speaking, the Police Public Relations Officer, Abimbola Oyeyemi, said, however, that he could not confirm the number of casualties at the moment.

Oyeyemi said, “The issue is currently under control. It was a minor struggle that had snowballed into a serious crisis.

“They said said the unions increased their ticket fee from N600 to N800 and that was how the crisis started. But how it then turned into Hausa and Yoruba crisis is what I don’t know.

“But, we are on top of the matter. The situation has been brought under control. Our men are still there as we speak,” Oyeyemi said.