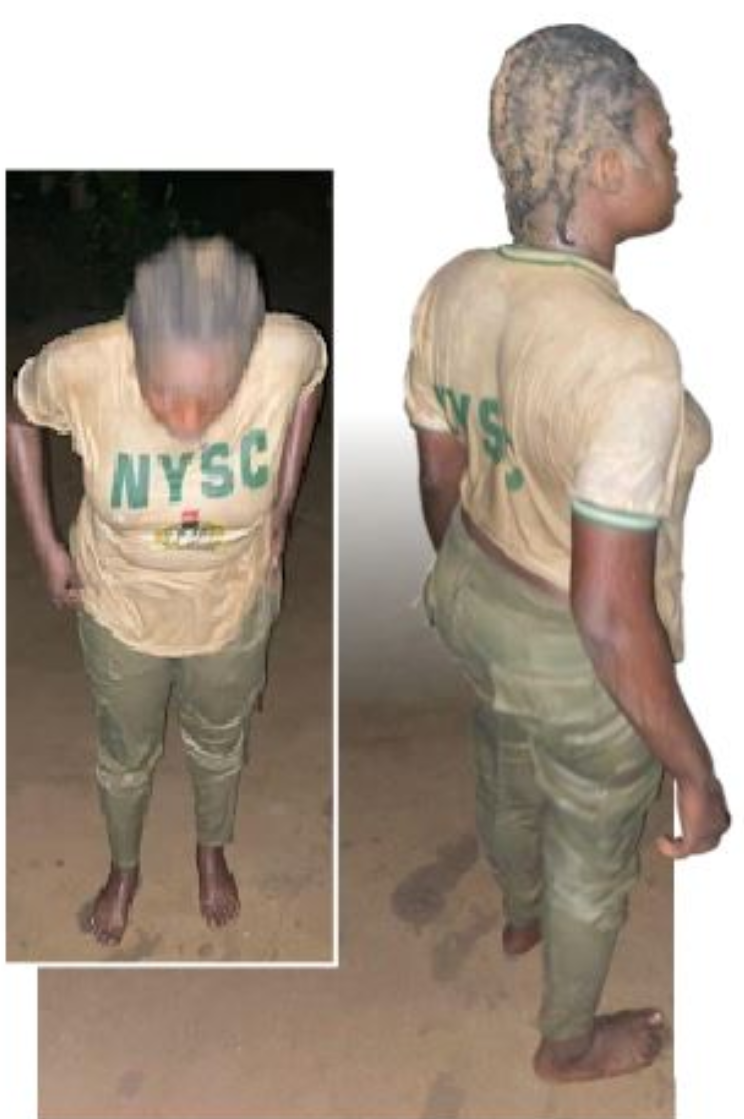 Ifeyinwa: Corp Member maltreated by army lady yet to get justice

Four months after she was reportedly humiliated by a female military officer, Lieutenant Chika Viola Anele, a National Youth Service Corps (NYSC) member in Calabar, Ifeyinwa Ezeiruaku Fidelis is yet to get justice.

The Nigerian Army has neither propitiated her nor sanctioned the erring officer.

The victim says she has been battling with acute trauma, which she says has continued to impact negatively on her daily life.

INNOCENT DURU asks how long it would take the Nigerian Army and the Federal Government to act on the case that has attracted negative global attention to the country.

FEYINWA Ezeiruaku Fidelis, the ex-youth corps member whose video trended recently for being brutalised by a female army officer, remains yet heartbroken, having battled in vain to overcome the trauma that derived from the incident.

Like a fish out of water, she has been left psychologically and emotionally traumatized as she wonders why the nation she had gone to serve would abandon her to her fate and leave her to lick her wounds.

The distraught University of Lagos alumnus told The Nation during the week that the trauma has impacted so greatly on her that she finds it difficult to sleep.

“At times I remember it in my sleep and I wake up.

When this happens, I play with my phone for some time before I would doze off again.

I had to see a therapist and have done the test she asked me to do and submitted it to her. She said she would get back to me,” she said.

Despite having met a therapist, Ifeyinwa says life has not been the same for her.

She said: “I have not been feeling so easy with myself as somebody that was brutalised in that manner.

I am still trying to gather myself together. At times, I do feel it all happened because I allowed her to do that to me. On the other hand, I wonder why I didn’t fight back.

“Those kinds of things keep coming back to me. My people have been telling me to let go so that I would live my normal life.

Even the therapist I met told me to shake it off myself and I would get better. She said that is how it normally disturbs people but with time, I would be okay.”

She noted that one of the terrible effects the incident has had on her is that she has withdrawn into her cocoon.

“Some of the comments are on my side while some others are not. I kind of think about it. I am not my normal self but I am trying to gather myself together.”

After the incident, Ifeyinwa had been asked by the authorities of the National Youth Service Corps (NYSC) to leave Calabar where she was serving her fatherland for security reasons.

She had barely a few weeks to end the programme when the incident occurred. Her batch of NYSC members completed their service year in October.

Asked if she had been given her discharge certificate by the NYSC, Ifeyinwa said she had not, adding: “There was a time they (NYSC) invited me to come for my certificate in Abuja but my parents were scared. They said I wouldn’t go for now. Everybody around me was scared of letting me go, so I am yet to collect it.

“It is not that they didn’t want to give me my certificate. They called me to come for it, but my parents said they were scared and could not allow me to go.”

Aside from reports of a tacit apology and condemnation of the incident by the military authorities, Ifeyinwa said the Nigerian Army was yet to reach out to her with a view to assuaging her trauma.

She said: “The military has not called me since then to say anything. I am not aware if they have done anything to the woman. I don’t know anything.

“I am not searching for work yet. I am still taking my time. By next year, I will go into that one (searching for a job) properly. My lawyer is handling my case pro bono (without charges).”

The army had said it was embarrassed by the incident and apologised for it.

Army spokesperson, Onyema Nwachukwu, had said in a statement: “The Nigerian Army wishes to tender unreserved apology to the victim, her family members, friends, National Youth Service Corps and to Nigerians in general for the unwholesome treatment meted out to the corps member.”

Nwachukwu, a Brigadier-General, said the erring officer had been identified and would be “made to undergo regimental orders (trial) in line with the extant provisions of the Armed Forces”.

“This act is not only condemnable but unprofessional and against established precepts of discipline in the Nigerian Army,” he added.

Spokesperson of the 13th Brigade, Calabar where the incident occurred had also told The Nation that the issue was more with her.

He said: “We have sent a report already. You have seen a report from my directorate. I don’t know what you are calling and asking me for.

“I don’t know about the officer going for training. It is no more in my hands. It is in the hands of my director.

“You can call Abuja. You can call my director to confirm. It is not me you will call now.”

We ‘ll wait for them in court —Victim’s lawyer

Ifeyinwa’s lawyer, Barrister Eni Okoi, in a telephone chat with our correspondent, said he had filed the case in court and was optimistic that his client would get justice.

“We have served all the parties. The matter is coming up on November 29. We have not heard anything from them so I do not know what angle they want to take.

Nobody from the military has called. I am sure they are waiting to meet us in court. It is a big embarrassment to the Nigerian Army.

“NYSC has not reached out to us but I heard that they reached out to our client. I think they are looking forward to giving her an NYSC certificate. That is where we are now.

“I don’t think the NYSC has any problem with her. But we joined them in the case because our client was a corps member when this whole thing happened.”

Asked if he had faced any challenges in the course of handling Ifeyinwa’s issue, Okoi said: “I have not had any challenge doing all this. But naturally, we are human beings, we have to be apprehensive.

“You will be apprehensive if you are suing the Nigerian Army. They know they will lose a lot of money and somebody may lose his or her job. We have to be apprehensive, although no threat has come my way.

“We just have to be careful, watch and pray as the Bible says. They have been very civil with regard to this matter. Nobody has disturbed anybody. We will all meet in court.”

Army spokesperson, Onyema Nwachukwu, was yet to respond to our enquiry on the court case filed by Ifeyinwa’s lawyer.

How it all began

Ifeyinwa, a female youth corps member serving in Calabar, Cross River State, was on July 28, 2021 brutalised by a female military officer, Lieutenant Chika Viola Anele. The video of the incident had gone viral on September 23.

“It was after I sent it to my brother that the thing went viral.

“The incident started when the commander of the brigade hosted a drilling competition and I was chosen as part of those who would usher in guests.

“When we got to the place, Ebutu Barracks, I saw one of my captain friends, a married Muslim. We played the ayo (a popular indigenous game) together.

“On sighting him, I tapped at him and joked that he was even there before the ushers and we started laughing only for the lady to shout at me, saying, ‘You don’t touch an officer in uniform’.

“I went back to my position. But while I stood there, another officer, a Lieutenant Colonel, came and offered me a handshake, but I said we were told not to shake hands with officers in uniform.

The female officer who was behind me, responded by saying, ‘You can shake but don’t touch’. I said nothing and kept standing.

“She was in charge of the small chops we were to share. They counted the ones they would give to umpires and gave us the rest to share. After sharing it, I went back to my post.

Also read: Joe Biden to hand over power to vice over ill health

“One Major called and asked me to change his for him, but I told him that the ones he wanted were for the umpires and that they had been counted.

One thought on “Ifeyinwa: Corps Member brutalised by army lady yet to get justice”