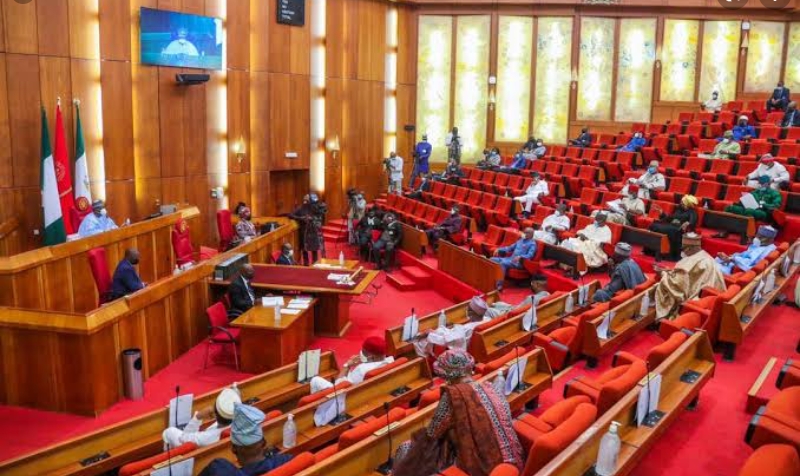 There was uproar on the floor of the Red Chamber on Thursday as lawmakers commenced clause by clause consideration of the report of its Committee on INEC on the Electoral Act (Amendment) Bill 2021.

Senator Sabi Abdullahi representing Niger North had proposed an amendment to Sections 52(2) and 52(3) of the report which proposed electronic voting and transmission of results.
Section 52(3).

Section 52(2) states that:” The Commission may adopt electronic voting or any other method of voting in any election it conducts as it may deem fit.”

Section 52(3) states: “The Commission may transmit results of elections by electronic means where and when practicable.”

The amendment proposed reads: “The Commission may consider the electronic transmission of results provided that the national coverage is adjudged secured by the NCC and approved by the NASS.”

When put to vote, the President of the Senate, claimed that the majority of the lawmakers voted in favour of the amendment.

The Senate dissolved into a closed-door session as certain senators who faulted his ruling threatened a walkout.