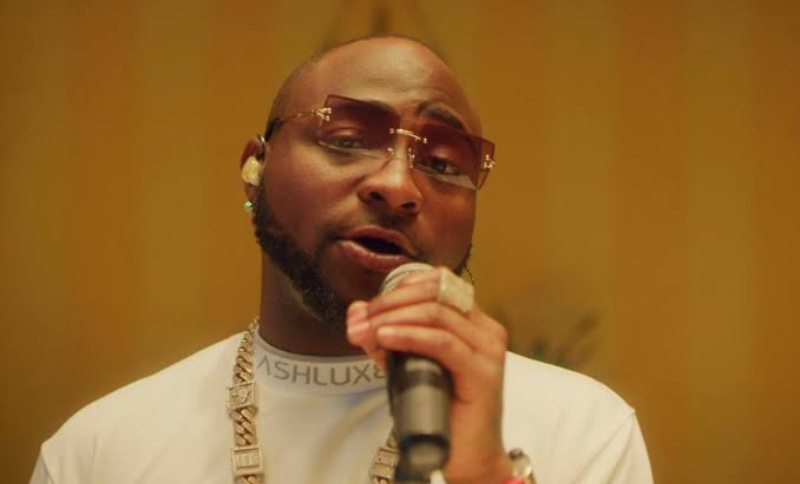 It’s apparently not a good time for popular musician Davido especially with the web of deaths around him in the past few years.

The singer has been in the eye of the storm due to the trail of deaths involving his crew members and close associates.

Many fans are worried over the psychological and mental state of the Jowo coroner.

Some others called on the public to pray for the singer as he could be going through a lot especially with the series of ugly trend around him.

The singer has lost a handful of friends in the space of four yearsband at different times mourned the demise of his associates on social media platforms.

Davido has also been watchful. On June 6, 2021, a video showing a pastor prophesying that Davido would be poisoned by a friend went viral on the Internet.

The cleric had said: “I am telling you about one singer called Davido. They will poison him. I don’t know him. I’ve never seen him in my life.

“But they will put something inside his drink. He’ll be rushed to the hospital (and) he’ll be admitted. He’ll be unconscious.

“I’ve been dealing with it in prayers but the Lord says it will happen. And the person that will poison him is sleeping in his house.

“Somebody give the Lord a clap offering. Did he die? I didn’t see him die, but he will lose something in his body that will handicap him.”

In an apparent reaction to the prophecy, Davido tweeted, “God will expose and deal with any wickedness around me near and far. Amen. I’m blessed.”

Here is a list of crew members who have died in four years:

The photographer is the fifth member of Davido’s crew to pass away in four years in a controversial circumstance.

He died on his birthday in 2017 after it was reported that he downed shots of tequila.

One thought on “Shocking: How Davido lost five crew members in four years”