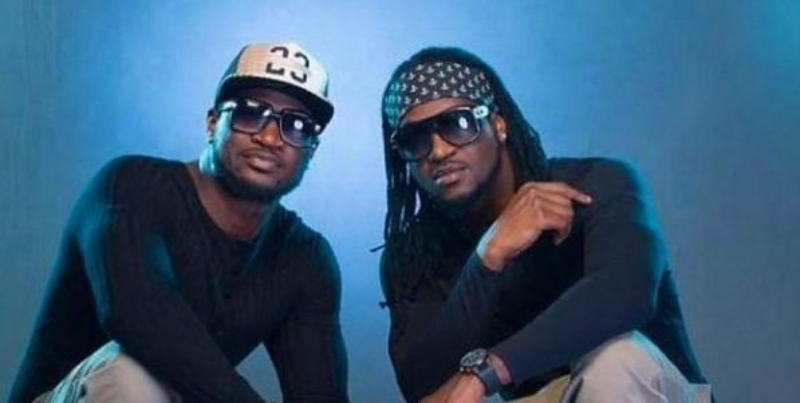 Let’s show @davido that two heads are better than one. Everything na double double” (sic)

This comes a day after Davido also shared his account details on Twitter, asking fans to donate as his birthday draws near.

Davido had also called out several celebrities to send him money and in less than 24 hours, the singer had gathered over N151m from fans including Obi Cubana, Otedola, and a host of many others.

Following the same format, the P-Square brothers shared a video of themselves where they called out influential businessmen and celebrities to send them cash gifts.

Reacting to this move by the twin brothers, fans took to Twitter to express their thoughts.

Chiding the singers, @kokoxng said, “I’m glad that you guys are finally back together but is the copycat thingy necessary? Set your trend and let others follow and not the reverse. I beg of you, stop now.”

In the same vein, @danielregha said, “Paul, happiest birthday to you and your twin (Peter); Glad u guys reconciled your differences and realized the importance of family.

“Wishing you two a fruitful year ahead. Hopefully, your music careers get back to the top. By the way, you guys don’t need money from your fans, you have more than enough.”

Giving a condition to the celebrants, @cheesomejane7 asked for a hit song saying, “Give us a hit song first, we go reason una. As for now, we are ghosting on you as you guys ghosted on us. Make una feel am” (sic)

However, some fans actually sent money to the singers as one of such fans shared his debit receipts which showed that he donated N1,000 to the celebrants.

@ifiokobongrobe1 said, “If I had more, I would have given. But this is from my heart saying ‘happy birthday’. I’ve always loved you both.”

One thought on “Trending: P-Square begs for money online after reconciliation”