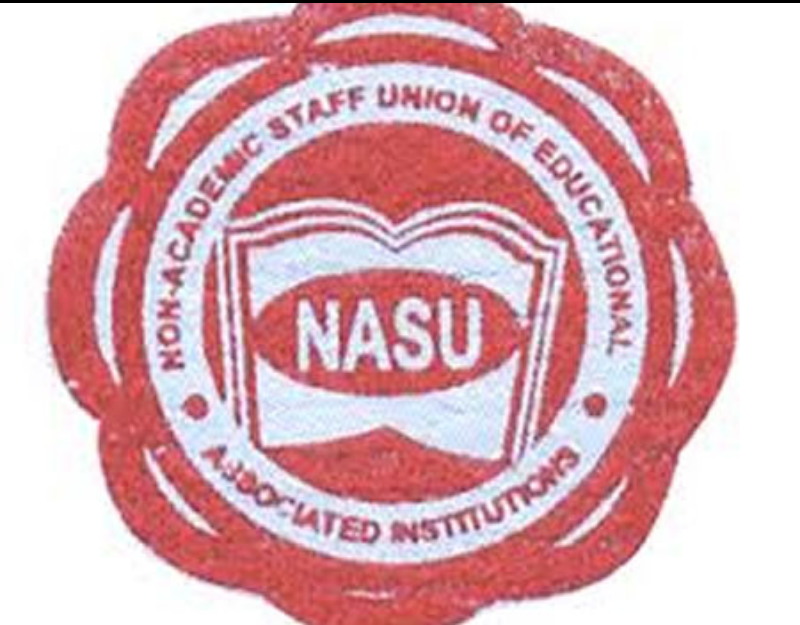 Wahala: NASU to resume strike over FG’s biases towards ASUU

The Non-Academic Staff Union of Education and Associated Institutions (NASU), has threatened to resume its suspended strike over what it termed “government officials unhidden bias towards academic staff against the non-teaching staff of universities and inter-university centres in the payment of earned allowances.

NASU National President Comrade (Dr) Makolo Hassan, who said this when he delivered his welcome address at the union’s National Executive Council (NEC) meeting held in Abuja on Tuesday, November 16, 2021, further stated that the instability in the education section and the incessant industrial crisis in Nigeria as a result of government’s insincerity and unfair attitude towards stakeholders and institutions ought to drive progress and development in the country.

On the earned allowance saga, the NASU president said; “It is hard for an employee to feel motivated in the workplace if he or she feels that he or she is being treated unfairly.

The unending crisis associated with the unjustified sharing formula of the Earned Allowance in the Universities and Inter-University Centres calls to question the sincerity of this Government toward the fight against corruption.

“It is clear to us that Government officials do not give premium to issues of equity, fairness, natural justice and good conscience.

For close to five years, the Non-teaching Staff Unions in the universities and inter-university centres have fought relentlessly over the disproportionate sharing formula of 80/20% and 75/25% to the academic and non-teaching staff in our universities.

“Government officials have not hidden their bias towards Academic staff against the Non-Teaching staff of Universities and Inter-University Centres in the payment of Earned Allowances.

The sharing of the previous releases for the Earned Allowance will give you an idea of what is going on.

“To compound matters, the Honourable Minister of Labour and Employment, Senator Chris Ngige, the Conciliator-in-Chief of the Federation, who the Non-Teaching Staff Unions in the sector approached for mediation, asked the Unions to take their grievance to the Federal Ministry of Education and the National Universities Commission (NUC).

All these leaves no one in doubt that the Federal Government is emotionally motivating Non-Teaching members of staff to take unintended actions that will assist them to gain equity on the matter.

“We are therefore using this medium to call on the President to intervene and stop the continuous sowing of the seed of inequity and distrust in the system by officials of his Government.

We are aware of plans to share the next round of the Earned Allowance in the same manner it was done previously.

To continue to ignore the feelings of Non-Teaching staff in these acts of unfair treatment, will not make the feeling go away; rather, such an attitude of government officials will continue to provoke an industrial crisis in the system.

“We are making it clear that, if the Federal Government decides as usual to ignore this appeal, then Government would have forced us into resuming our suspended strike on this matter.”

On the issues of Integrated Payroll and Personnel Information system (IPPIS), Comrade Hassan said; “IPPIS; we were made to understand, is one of the Federal Government’s attempt to digitalize the public service manual-based and files system of payment of salaries and wages in the public service, which is marred by corruption, inefficiency and inaccuracy in terms of a number of personnel on the Federal Public Service of Nigeria payroll.

“When the Federal Government was about to implement the policy in the Universities and Inter-University Centres, Polytechnics and Colleges of Education, they gave us the impression that they had overcome challenges encountered by workers in the seven pilot Ministries, Departments and Agencies; therefore, promising that no worker in tertiary institutions will suffer as a result of the implementation of the policy.

“It is unfortunate and painful because the promise given before the policy was implemented in tertiary institutions was dubious.

Close to two years down the line of the implementation of the policy in tertiary institutions, the fears of workers when embracing the policy have manifested and remained unaddressed while inflicting massive pains on workers in the sector and their families.

“The implementation of the policy is marred by the nation’s weakness of underdevelopment in terms of technological infrastructure, expertise, corruption and lackadaisical attitude of public servants to service delivery. Officials of IPPlS have remained indifferent to all the avalanche of complaints brought to their attention by the Union.

“We are therefore compelled to pass a vote of no confidence on lPPlS and call on the Federal Government to take a second look at the implementation of the policy in the tertiary institutions.

We do not want the unresolved challenges enumerated, which threaten the welfare of our members to provoke industria| crisis in the tertiary institutions.”

On education funding; he said; “The low level of funding of the education sector continues to be responsible for the decay of infrastructure and lack of facilities in institutions in the sector and their inability to meet up with the international standard. It is also the principal reason why Nigerian tertiary institutions are lagging behind their counterparts in other countries and it is at the centre of industrial relations crisis in the sector.

“The United Nations Educational, Scientific and Cultural Organisation (UNESCO) in its Education for All Report (EFA) for 2000 2015 tagged: “Dakar Framework of Action”, called for a significant increase in the financial commitment by National Governments and donors to the education sector to accelerate progress towards achieving the EFA goals.

“President Muhammadu Buhari joined other world leaders in August 2021 Global Education Summit in London to make a commitment to increase funding of education.

He promised at the Summit that his administration will increase the annual domestic education budget for 2022 and 2023 by 50 percent. Three months down the line, (August 2021 October 2021), the 2022 budget to the education sector falls short of that promise.”

2 thoughts on “Wahala: NASU to resume strike over FG’s biases towards ASUU”