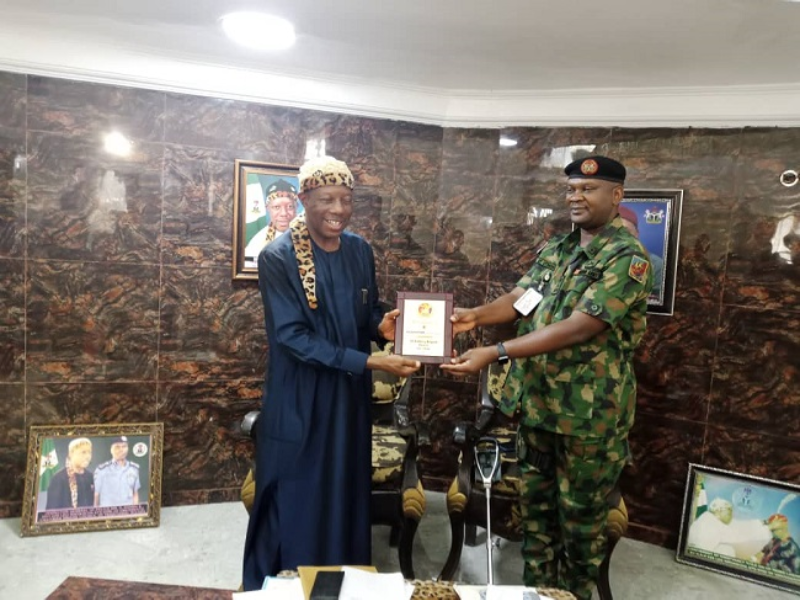 A total of eighty 81 autonomous communities in the three local government areas of Mbaise, Imo State, have benefited from the free medical treatment organised by the Nigerian Army.

Flagging off the programme, the Brigade Commander, 34 Artillery Brigade, Obinze, Imo State, Brig.- Gen. Raymond Utsaha, said that the outreach was part of the Exercise Golden Dawn recently launched in the state.

He added that the programme was part of activities captured under the Brigade’s civil-military cooperation, aimed at changing the negative notions of some civilians about the Army.

This he said was in line with the initiative of the Chief of Army Staff, Lt. – Gen. Farouk Yahaya, describing it as a step that would further ease the job of addressing security challenges in the state.

The Brigade Commander said that the Exercise Golden Dawn was aimed at addressing security challenges while he extolled the existing cooperation between the communities and the Army, which according to him, had built the confidence of the people in the Army and made their job easier.

He said: “Our hospitals are open to the public and leftover medicines from today’s outreach will be donated to the community health centre”

Welcoming the Army for the outreach, the traditional ruler of the host community, His Royal Highness, Eze Leo Nwokocha, thanked the Army for thinking towards the people and pledged continued collaboration with the military.

Nwokocha, who is also the Chairman, Mbaise Council of Traditional Rulers, urged residents of the community to take advantage of the free medical treatment, noting that it was part of the government’s efforts to satisfy the yearnings of Imo people.

He said: “We are grateful to the Nigerian Army for this initiative and I call on our people to seize the opportunity and get treated without charge”.

Reacting, one of the beneficiaries, Mr Bernard Eke, aged 80, thanked the Army for bringing succour to the people of Mbaise and urged residents of nearby communities to take advantage of the opportunity.

Also, the 16-year-old Miss Osinachi Ndubuisi, who had hitherto battled frequent heart seizures, expressed optimism that the medication administered on her would address the health challenge.

One of the high points of the event was the presentation of an award of merit to Eze Nwokocha by Utsaha in recognition of his contributions to civil-military cooperation in the state.