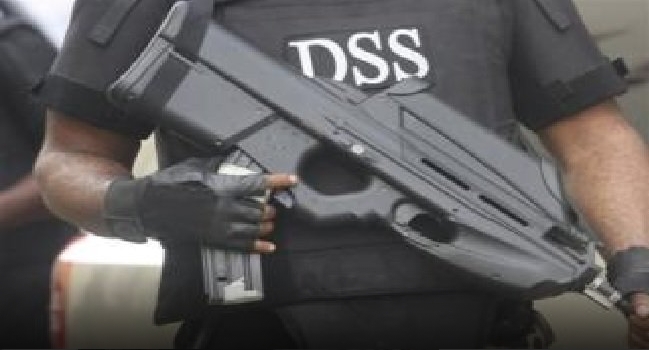 The Department of State Security Service has arrested two foreigners who are guests at Treasure Suites, a hotel opposite the Abuja Division of the Federal High Court for taking pictures of the court premises from their hotel balcony.

According to the Peoples Gazette, The foreigners, who were white and assumed to be Americans by police officers at the scene, were taken away in a white Toyota Hilux vehicle by SSS agents and police officers.

“They even entered the hotel and got the manager to show them their CCTV footage to be able to locate one of the men and seized his phone,” Peoples Gazette quoted a police officer who’s at the scene.

A woman who was believed to be the manager of the hotel was spotted outside with the SSS officers pleading with them not to drive the foreigners away from the hotel. Her pleas were ignored.

Another police officer told The Gazette the Americans may not be tortured, saying they would only be questioned and asked to delete the footage.

“They will not do anything to them, they will only ask them to write statements and delete the footage they took,” the officer said under anonymity to avoid being sanctioned for offering comments to the media.

One of the SSS officers at the gate of the court told The Gazette that only a clique of pro-government media outlets will be allowed access to the court today. While The Gazette and other media organisations considered critical by the Buhari regime would not be allowed.

“Anything you do, you cannot enter this courtroom today,” the officer said. He declined to identify himself.

A spokesman for the SSS did not return requests seeking comments about the arrests from The Gazette.

A controversial list that circulated on Sunday night contained 10 media outlets purportedly accredited to cover today’s proceeding in Mr Kanu’s trial. The Gazette was not on the list and did not solicit to be included. The Nigerian law allows all media organisations to cover court proceedings.

Today has been the adjourned date to hear the case of Nnamdi Kanu, the leader of Indigenous People of Biafra, who was controversially abducted by Nigerian agents and repatriated to Nigeria from Kenya on June 29.

As part of an aggressive measure to put in place to deny lawyers, journalists and other court observers access to the premises for the proceeding, the court has been heavily guided by SSS agents. The officers shut down the two major roads leading to the federal court facility.

The measures intensified after Aloy Ejimakor, Mr Kanu’s lawyer, rallied supporters of the separatist leader to make themselves available at the trial without fear.

“It is important to state that, anybody who wishes to come is not doing anything illegal, provided such a person comes in peace. Kanu’s trial is an open trial, not a secret trial, and he’s presumed innocent until proven guilty,” Mr Ejimakor said.