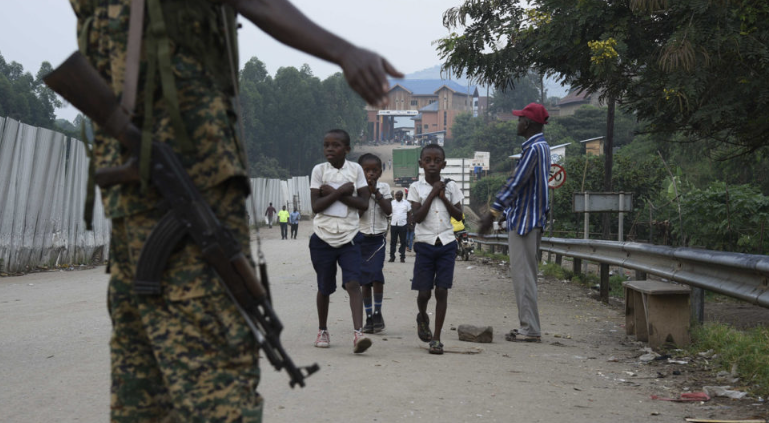 A Congolese broadcaster and his wife were murdered overnight after receiving threats from militia forces in the volatile Ituri region of the Democratic Republic of Congo, a local official told AFP on Saturday.

“He was stabbed in the ribs and neck.

“His wife was gravely wounded by a machete and finally died from her injuries,” Salamabongo told AFP from Byakato in the northeast.

Musavuli is the second journalist murdered in similar circumstances in the area after Papy Mahamba in November 2019, said Placide Icircan, Ituri secretary for the Congo National press union (UNPC).

Musavuli had been “threatened” after fronting a programme on June 26 which looked into armed groups, said Ituri human rights activist Gilbert Sivamwenda.

A journalist for the national broadcaster had his throat slit a week ago in North Kivu in the country’s east where massacres and clashes involving armed groups have prevailed for years.

North Kivu and neighbouring Ituri have been in a state of siege since May 6, the strongest measure under the constitution, as the government tries to end endemic insecurity in the region.

One thought on “Breaking: Journalist and wife assassinated by militiamen”