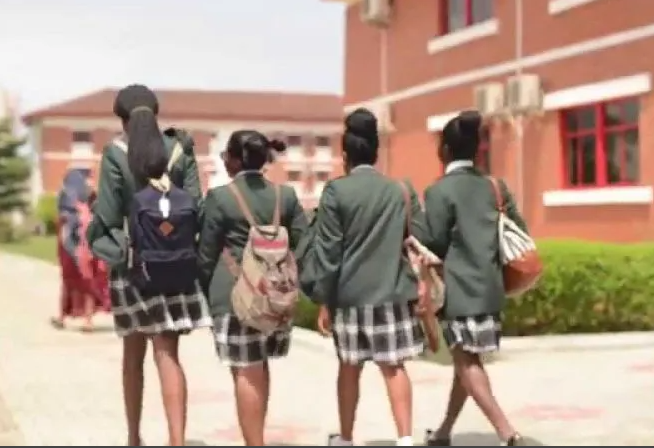 Shocking: Teachers brutalised and sued to court for flogging students

Student caned in school sues Ekiti govt
The student’s father and a police sergeant, identified as Elijah, allegedly mobilised armed policemen to the school to manhandle some teachers for scolding his daughter who was said to have come to school with an indecent hairdo

A student of Mary Immaculate Secondary School, Ado- Ekiti, has sued the Ekiti Government before a state High Court seeking N15 million in damages for breach of fundamental rights.

Gift Agenoisa, a Junior Secondary School 1 student, in a suit number HAD/01/CR/2021 and sworn to, at the Ado-Ekiti High Court, on her behalf by Odunayo Agenoisa, claimed that her suspension from school by the government infringed on her rights.

The plaintiff described as cruel and inhuman the alleged treatment meted to her for coming to school with an alleged indecent hairstyle.

In the affidavit attached to the originating summons, the plaintiff claimed that she was singled out of Assembly on May 22, and given 20 lashes, on the order of the school principal for the alleged indecent hairstyle.

In her originating summons deposed to by her counsel, Timmy Omotoso, and brought pursuant to Order 2 rules 1,3,4,5 and 6 of the fundamental rights enforcement procedure rules 2009 as preserved by Section 315 of the 1999 constitution, the applicant demanded N15 million damages for her suspension.

She also demanded her immediate reinstatement to school with unfettered access to all services being rendered therein.

The plaintiff claimed that the beating she got that day, resulted in bruises, life-threatening scars and bloodstains on her uniform, adding that she fainted and was rushed to the police clinic in Ado- Ekiti, where she was resuscitated.

She claimed further that her letters of protest to the wife of Ekiti Governor and some relevant government agencies were not responded to, hence, her resorting to legal action to seek redress.

The plaintiff added that she was being denied access to the school premises and her class, on the orders of the principal since then.

The News Agency of Nigeria (NAN) reports that on May 22, the plaintiff’s father and a police sergeant, identified as Elijah, allegedly mobilised four armed policemen to the school to manhandle some teachers for scolding his daughter who was said to have come to school with an indecent hairdo against the school rules and regulation.