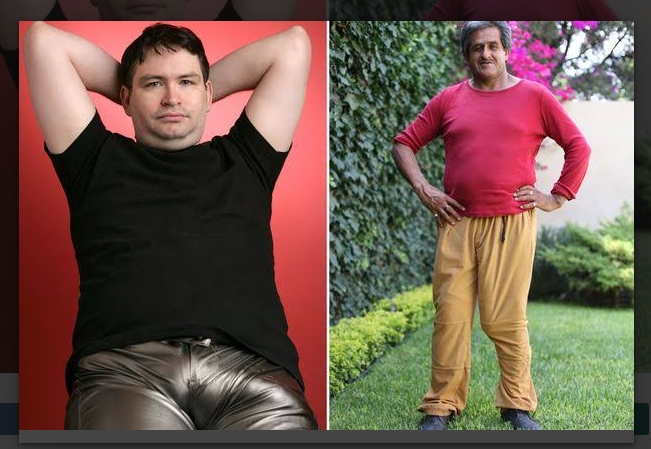 Man with ‘world’s second biggest pen!s’ opens up about the privileges he enjoys, advices men who are not so well gifted

Jonah Falcon, the man with the “world’s second biggest pen!s” has opened up on what it’s like to be that well endowed.

Recall that Jonah Falcon, who claims his own pen!s is 13.5 inches when erect, had in 2017 lashed out at ‘record holder’ Roberto Esquivel Cabrera for being a cheat by stretching his gen!tals with weights during measurement.

Jonah Falcon, according to reports, has held the unofficial title of having the world’s biggest pen!s for more than two decades, since his appearance on the 1999 HBO Documentary Private D!cks: Men Exposed.

He also appeared on The Daily Show, where he said the foreskin of his penis could completely envelop a doorknob.

Speaking about his male member, Falcon said he first realised how well endowed he was when some of his classmates pointed it out to him.

Falcon added that the best part of having a large pen!s is not having to constantly prove himself. He said: “I don’t need a fancy car, I don’t need a gun, I happily wear a mask, and so on, because I don’t have to prove my masculinity to anyone else.

I’ll wear all pink, dammit!” He also said that, thanks to his pen!s, he has never worried about finding s3xual partners.

He said his pen!s has landed him relationships with some very well-known people, but refused to drop names.

He adds that there are downsides too. Falcon says people can assume he’s a bad person, egotistical, or that he’s “a slu*t”.

He also gets tired of people wanting to measure him.

As for being too big for a s3x partner, Falcon said he’s never had to worry about that. He said: “If your partner is excited, they can take a fire hydrant.

Have you read? Couple brought together by Facebook break up three months after wedding

Look, I’ve had one partner say that they’d tried getting f**ed by big ccks, but they always hurt, but I was shockingly easy, even though I am a little thicker than my wrist.”

He also shared his s3x tips and advice to men who wish they had a bigger pen!s.

“A hot bod and a winning personality will attract far more than a large c*ck if you’re looking for s3x,” he said.

He continued: “I see hot guys with ripped abs, and I feel inadequate. Otherwise, no one cares if you have a small c*ck except yourself.

Don’t bring it up, and if they make comments, just show how experienced you are at using your mouth.

“Trust me. I’ve been rendered helpless by a good bl*wjob.

The same will happen going down on a hot guy or gal.”

One thought on “Meet man with the second largest pen!s in the world”