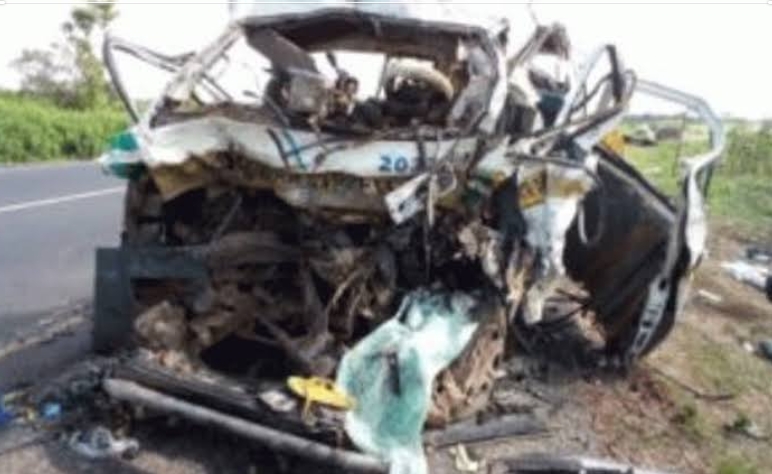 At least, six people were killed in an auto crash that occurred on Thursday, along Darazo – Dukku highway in Bauchi State.

According to the Sector Commander, FRSC, Bauchi State, Corp Commander Yusuf Abdullahi, who confirmed the crash, the accident was caused by over-speeding.

He explained that it involved 18 people, 12 male adults, 4 female adults and 2 female children.

“Immediately we got a distress call, our men from there rushed to the scene of the crash within some few minutes for rescue operation.”

DAILY POST reports that the victims were taken to Darazo General Hospital for medical attention.

“Also, eight other passengers, made up of 5 male adults and 3 female adults, sustained varying degrees of injuries. The remaining 4 passengers escaped unhurt.”

He also said that obstructions on the road were cleared for other road users to have easy passage while 9 mobile phones and N20,590 cash were recovered at the scene of the crash.

“Abdullahi advised drivers to drive with more caution and within the recommended speed limit especially during this rainy season so that lives and properties would be saved from destruction.”