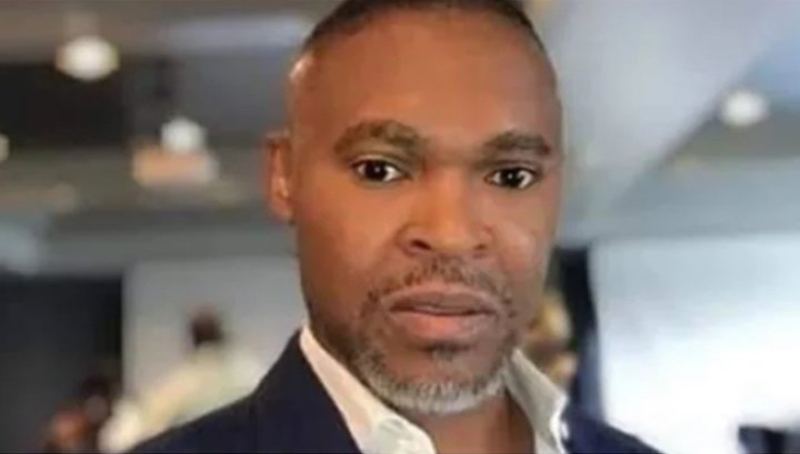 Mrs Sylvia Ataga, the mother of the slain Super TV Chief Executive Officer, Usifo Ataga, has shared fond memories of her son who was laid to rest on Friday at Ebony Vaults in Ikoyi, Lagos State.

Sylvia said her heart bled whenever she remembered Usifo’s death, lamenting that it was painful she could not monitor his last moments.

Usifo’s wife and children also paid their tributes as friends of the deceased demanded a thorough investigation into his murder.

They noted that though he had been buried, the case should not be swept under the carpet.

Usifo was found dead with multiple stabs on June 16 at a short let apartment on Adebowale Oshin Street, Lekki Phase I where he had checked in with his lover, 21-year-old Chidinma Ojukwu, a 300-level Mass Communication student at the University of Lagos.

Ojukwu was consequently arrested on June 23 in her father’s house in Yaba and paraded at the Lagos State Police Command headquarters in Ikeja.

She confessed to stabbing Usifo with a knife under the influence of alcohol and withdrawing N380,000 from the victim’s account with his ATM card. She, however, backtracked later in a video, absolving herself from the murder.

Usifo, aged 50, was buried on Friday in a low-key ceremony attended by his family members, including his wife, and friends. Most of the mourners were dressed in black outfits. Some of them donned black shirts with Usifo’s picture and #justice4Usifo inscribed on them.

Journalists were restricted from covering some aspects of the burial. A relation of the late Usifo seized our correspondent’s phone and deleted photos of the interment.

The late Usifo, enclosed in a white coffin, was lowered to the ground amid sobs and prayers by his family and friends.

Some bereaved family members at the burial ground declined comments. However, Usifo’s mother, wife and children paid tributes to him in a service of songs and funeral programme sighted by our correspondent.

In her tribute, the mother, Mrs Sylvia Ataga, reminisced about his birth and growing up, describing him as a loving, caring and peaceful son.

She wrote, “As an adult, he became so caring that I would hesitate to tell him that I was not feeling well. He would either hop on the next plane or send me funds to go and see a doctor. And monitor me for days. My pain is that I could not monitor him in his last week.

“God knows he did not deserve what those people did to him. My heart bleeds any time I remember. He was generous to a fault. It took his death for me to know how loved he was. He has been robbed of the joy of seeing a project he spent seven years working on.

“He has been denied the joy of seeing his children grow up, go to university, get married and make him a grandfather…. Not to worry, Usifo has found glory with his Maker. I know one day I will hold my baby boy in my arms again.

“Usifo, you were taken from me at your golden age; a day before your golden birthday. That makes you extra precious; my golden son who gave me so much pleasure; quiet and loving….It broke my heart to lose you but you didn’t go alone, for part of me went with you the day God called you home.”

The wife, Brenda Ataga, said she and her daughters were looking forward to marking Usifo’s milestone in a special way before the news of his demise shattered their plan.

Brenda stated that her late husband was a man with a ‘heart of gold’ who led a godly life, adding that she had yet to come to terms with his death.

She said, “The girls and I were looking forward to seeing you, to celebrating your milestone. I had imagined how surprised you would be when you walked in to see a place set up for you. I had imagined your infectious smile.

“Now we’re in this nightmare. I’m yet to comprehend the stark reality. That your life was cut short in your prime; at a renaissance of all you had toiled for…I’m lost for words.

“Our daughters were your pride and joy. You were always there as my backbone supporting as we shaped them. What a proud father you were…. You were a man after God’s heart! How can I forget our fervent prayers for the children; your faith that birthed our first child? Nor can I forget the corporate fellowship you led.”

One of the daughters, Emoata Ataga, described Usifo as an amazing man with whom she spent memorable pastimes and who always listened to her problems. “I miss you daddy…. Rest peacefully, Love. You will be sorely missed,” another daughter, Eboselulu Ataga, wrote.

A friend of the deceased, Adebayo Afon, urged the police to carry out thorough investigation and bring all those involved in the murder to justice.

He said, “It is always bad when you lose somebody but this is an exceptional one. Most of us, his friends, are still very surprised and confused. The good thing is that we have come to bury him today (Friday) but putting him to rest is not the answer.

“We need to know what happened. I don’t want to say much about police investigation but I must say it is an odd way of doing investigation. We demand justice and must get it no matter what happens.’’

A close friend of the deceased, Daddinson Olumese, said he felt so pained at losing Usifo in such a cruel manner and enjoined the police to ensure justice is served.

Olumese said, “He was my first employer after I graduated from the university. I held him in high regard. He was a gentle man, God-fearing and humble. We are happy that the family had a form of closure by laying him to rest today. However, the rest may not be complete until we get to the end of this issue. We want the police to do their job and let us get justice so that my friend can have a peaceful rest.’’