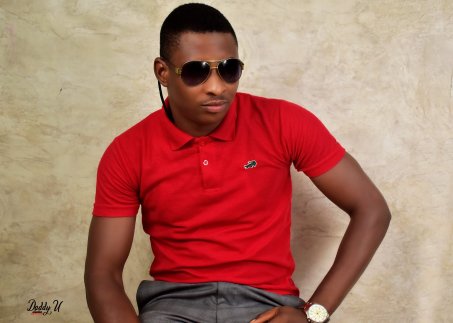 Covid-19: The undoing of the Church

As if there is a promise of promotion in the prophetic realm for any prophet that predicts correctly on Convid-19; I watched the Prophets say anything they like.

No wonder people have guts to write badly about men of God and the gullible keep defending them. I don’t comment on their posts because I know what they’re saying is true and I don’t join in their criticisms because I respect the God these Prophets claim to serve.

The outbreak of Corona virus (permit me to use conviki-one-nine) has really opened our eyes that more than ninety percent of them are predictors and gamblers playing jamboree with God’s work.

I spent time watching a documentary collating the prophecies and proclamations from a supposed holy alter and ended up ashamed and crying for the Church of Jesus Christ.

A man of God said corona virus will never get into Nigeria where there is corrosive anointing (I don’t know why the corrosive anointing allowed insurgency, insecurity, corruption, etc to  creep into the polity of the nation). He even said he wants to shake hands with the corona patients….

Another said he can’t be a man of God and people are dying (as if all these people dying before now passed on before he became a man of God)….

One even said that pepper soup cures Corona Virus. I don’t even want to laugh over this serious matter I’m discussing now….

Yet, another countered him and said, God told him it’s going to end by June, 2020.

And so on… Which space will not contain here. You can check the media always to get more handy info on Corona Virus Predicyrions

We just observed that the previously discussed prophets heard that this pandemic (permit me to use ‘conavasis’) will not breakout in Nigeria, so they started saying their anointing will stop it; that they even want to shake hands with the victims.

The ones who heard it will not survive the African temperature started ranting “pepper soup” and fire of God in them. Chineke meee!!!

When the first case of Conviki-one-nine was confirmed in Nigeria, the crafty ones started predicting it’s end. And they’re even arguing about it. Kai!!!!!

When travel ban was issued; some of them said they want to travel to the affected countries because they know they won’t be allowed. Hahahahahaaaaaa!!

Now it’s clear that God needs servants to take care of his sheep.

Following the science and history of this pandemic called ‘Conavasis’ by a Nigerian Senator (biko don’t mind me ooo), you’ll believe that it’s a spiritual projection from satanists to take over the universe and form the ‘One World Government’. I will soon publish the real and correct history of Conviki-one-nine.

I’ve personally prayed that: 1. God  will keep us rapturable. 2. If He tarries, let us remain servants to Him when we shall take over the Church.

Irrespective of whose ox is gored or the denomination you belong to: if you study critically our perfect example, which is Jesus Christ; and  weigh what’s happening in the Church today with the only yardstick for Christian doctrine; which is the Bible, you’ll agree with me that most of the present Church fathers are proudly in error.

I still maintain and  will always repeat it till I get to where I’m going, that Christianity without positive impact on humanity is insanity.

If we’re not careful now, we will miss the rapture.

Covid-19: The undoing of the Church

0
Inconviki one nine, Corona Virus, Covid-19: The undoing of the Church, Nigerian Prophets

3 thoughts on “Covid-19: The undoing of the Church”

The ascension of Christ into heaven helped the believers to receive the Holy Spirit; which reminds them of His free benefits for them.

Ron DeSantis, Florida Governor, U.S. has appointed a Nigerian-American, Dr Joseph Ladapo, as Florida Surgeon-General and Secretary of the Department of Health