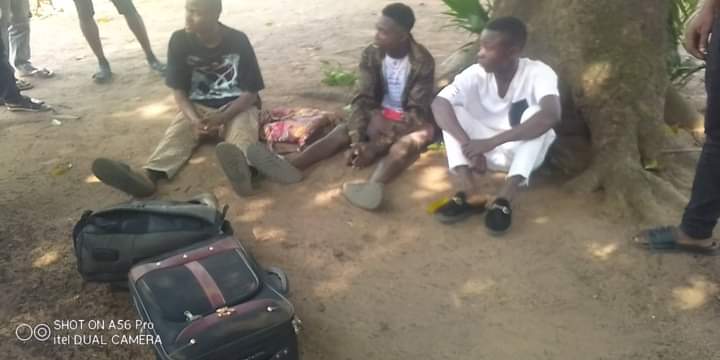 Three young yahoo plus mega ritualist boys, arrested, with a life python snake, zipped up, with a padlock, in a travelling box, at an undisclosed hotel, where they lodged, at Aladinma housing estate, in Owerri, on the 26TH of January, 2022, at exactly 10.00 AM.

While the boys are been interrogated, they confessed that, it was done by a native doctor, at Adagwa in River state, and marks, were made on their bodies.

Three attempts, made by people to kill the snake, but they cried that they will either die or run mad and it is not a human being converted into snake, for quick money rituals.

But the boys, were handed over to police, for proper investigation and right now they are at the police head quarter in Owerri.

One thought on “Ritual: Dollar notes turn to python in Owerri”