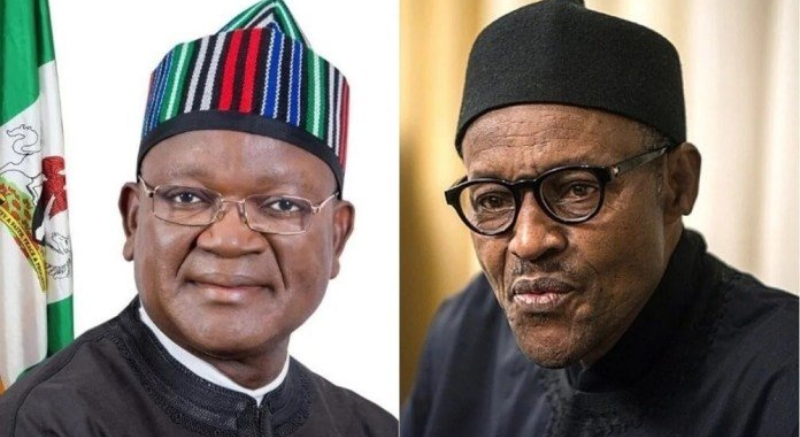 Governor Ortom, who was reacting to the statement from the Presidency indicating that President Buhari had approved recommendations of a committee to review “with dispatch,” 368 grazing sites across 25 states in the country, “to determine the levels of encroachment,” said that with the latest move, it was crystal clear that the president is planning to plunge the country into crisis.

The governor said that the present regime had placed more priority on the welfare of cattle than the people that voted him into office.

Ortom made this known in the statement issued and signed by his Chief Press Secretary, Terver Akase, titled, ‘Presidency turning Nigeria to a cow republic’.

The statement read, “In a country where insecurity has reached an all-time high with hundreds being killed by armed herdsmen, bandits, and other terrorists, the Presidency is only bordered about animals and their safety and is deploying all machinery and arsenals of government to impose grazing reserves and cattle routes on Nigerians. This is unacceptable!

“The Buhari administration has turned a blind eye to the unimaginable levels of encroachment on lands belonging to Nigerians by cattle. Mr President has never come out even once to condemn activities of herdsmen and the attacks they visit on innocent people. The only time the President is heard speaking about atrocities of the herders is when he defends them.

“It is now clear that the Presidency wants to plunge the country into avoidable crisis. Otherwise, what is the justification for President Buhari’s insistence that grazing reserves be established across the country when Nigerians have openly kicked against the policy and have embraced ranching in place of open grazing?”