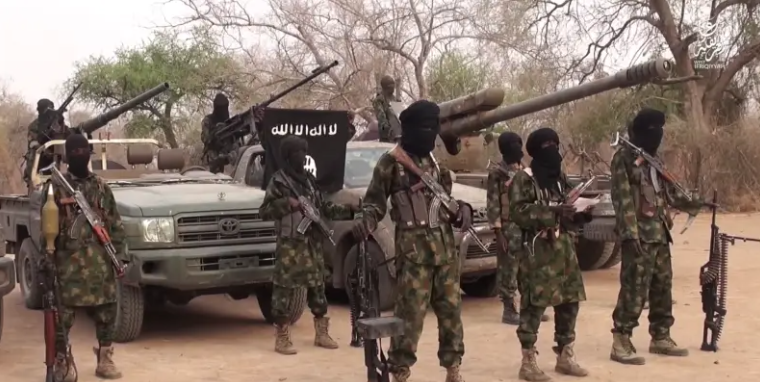 How ISWAP killed Army General in Borno, by Ndume

More facts have emerged on how Libyan mercenaries believed to have joined forces with insurgents of the Islamic State of West Africa Province (ISWAP) in the Northeast, killed Brigadier General Dzarma Zirkusu and three other soldiers in Borno.

Chairman Senate Committee on Army, Senator Muhammed Ali Ndume, who spoke on the deadly attack in Abuja, said that the incident has caused panic among residents in the area.

Ndume, who represents Borno South in his reaction to the killing of the General, expressed his condolences and described the incident as painful.

He lamented that residents are fleeing Askira as ISWAP terrorists are believed to be regrouping in Lake Chad region.

Late General Zirkusu, was the commander, 28 Task Force in Chibok.

The attack came 24 hours after military airstrikes took out several top commanders of ISWAP while they were allegedly holding a strategic meeting with their new leader, Sani Shuwaram, at Sabon Tumbun and Jibularam, in Marte Local Government Area of the State.

Ndume said: “I want to express my condolences to the Nigerian Army over the death of the General who died along Chibok road. ISWAP terrorists attacked a town there.

“They know that the General was the major obstacle to their operation. They laid an ambush and rammed a bomb-laddened car into his vehicle.

“He was a gallant soldier. He took the fight to the terrorists. His death has sent a panic to people in that area.

“I am aware that some people around that Chibok area have started thinking of relocating.

“Some want to go to Mubi and other places. We are trying to urge them to remain there. The insurgency is coming to an end.”

He was positive that the Nigerian Army has the capability to defeat ISWAP and their Libyan mercenaries.

He urged other security agencies and well-meaning residents in the communities to support the military to gain a decisive victory.

“This is not the end but the beginning of the end of terrorists. I know that the Army has what it takes to take the fight to them.

“There is need to urge other security agencies to give the Army the needed support. We also need to urge vigilante groups to assist them,” he said.

He described the attack by ISWAP as a revenge mission saying the assailants arrived the area with 10 gun trucks to carry out the attack.

“For now, we will assume that it was an isolated case. But the intensity with which they came is worrisome.

“They came with more than 10 gun trucks. They are also regrouping around Borno North. That’s Lake Chad axis. The Military is aware and the Air Force is providing surveillance in the area.

“It was a revenge mission. The Army has been taking out key ISWAP commanders and they had their revenge.

“Last week for instance, they abducted relatives of the Emir of Askira. They also abducted some passengers along that road. If the Army sustains the tempo, we will win this insurgency.

“The equipment are arriving gradually. We are monitoring. As a committee, we will go and see what they have brought into the country. This is an improvement.

“The Army is very rapid in responding. The Army is involved in about 33 States now. They’re under pressure,” Ndume said.

One thought on “Attack: How ISWAP overpowered Nigerian army”